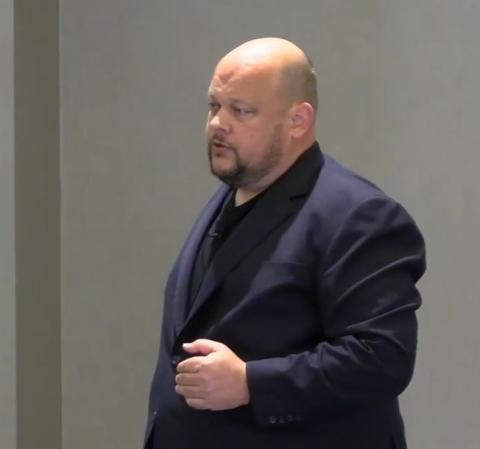 Datto views security as the most significant among a range of opportunities for partners at the outset of what it believes will be a “golden age” for MSPs.

“The 2020s are going to be the roaring twenties as we continue to come out of this, and I think managed service providers are poised right in the middle,” said Rob Rae, Datto’s senior vice president of business development, during a presentation at last week’s ChannelPro SMB Forum event in Dallas.

Echoing views expressed recently by other vendors as well, Rae noted that for all the devastation it’s wrought, the coronavirus pandemic has had a net positive impact on managed service providers, whose success in keeping systems up and running under trying circumstances earned them newfound respect from clients.

“In this country alone, tens of thousands of SMB jobs were saved as a result of an MSP,” said Rae last week in a conversation with ChannelPro. “I think the end user understanding of the value of the MSP has gone up as a result.”

The greater trust and appreciation MSPs now enjoy, Rae adds, should translate into increased spending on the security products and services channel pros have long been encouraging customers to deploy in response to ever-mounting threats. According to research published by Datto last November, in fact, some 60% of MSPs saw at least one of their clients get hit by ransomware in the first half of 2020.

Numbers like that have Datto urging its partners to emphasize “cyber resilience” rather than cybersecurity when speaking with customers. Cybersecurity, Rae notes, is about preventing attacks from succeeding. Strategies based around cyber resilience, by contrast, accept the reality that most businesses will eventually be breached, and seek to minimize the resulting damage.

“Cyber resilience would kind of cover the whole spectrum from start to finish based on the different scenarios that can actually happen, and how severe they actually are,” Rae says.

A forthcoming continuity solution for Microsoft Azure, first disclosed in March, will allow organizations to recover data in the cloud as well as on premises.

Other vendors have embraced a similar vision and similar messaging. OpenText, for example, has been calling “cyber resilience” the goal behind its acquisition of availability vendor Carbonite, which in turn owns security vendor Webroot, since last year. Acronis has similarly rolled multiple backup and security products together into a single cyber resilience platform called Cyber Protect Cloud (which gained email security functionality last week). Barracuda, meanwhile, has long offered both backup and security products, along with RMM software like Datto’s for managing those systems.

ICYMI: Our Channel News Roundup for the Week of January 23rd, 2023
END_OF_DOCUMENT_TOKEN_TO_BE_REPLACED