Datto Goes Public. What Comes Next? 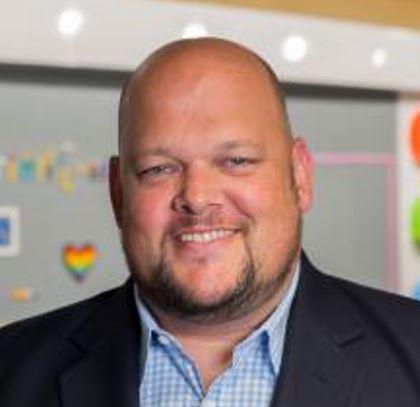 Managed services powerhouse Datto is now a publicly traded company. In this Q&A with ChannelPro, Senior Vice President of Business Development Rob Rae (pictured) explains what it means for partners, for Datto, and for the entire managed services industry. By Rich Freeman
Tweet

Some three months after it confidentially filed for an IPO, the RMM, PSA, BDR, and networking powerhouse sold 22 million shares at $27 each this morning on the New York Stock Exchange, raising some $594 million in fresh capital.

The important milestone comes three years after the company was acquired by private equity firm Vista Equity Partners and 13 years after its founding by Austin McChord, who was then an undergraduate at the Rochester Institute of Technology. It also arrives what could be just months before major Datto competitors follow the same path. SolarWinds is thinking seriously of spinning off its SolarWinds MSP unit as an independent, publicly-owned company next year, and Kaseya has plans for an IPO of its own in 2021.

What does today’s news mean for Datto, which now trades under the ticker symbol MSP, for Datto partners, and for the entire managed services industry? Rob Rae discussed those and other topics with ChannelPro today. Here is a lightly edited transcript of those remarks.

ChannelPro: This is obviously a huge deal for Datto, but what does it matter for partners?

Rob Rae: I think it’s a reflection upon the market for managed services. It kind of feeds into the whole MSP growth [and] managed service providers being essential to SMB. It matters because this allows us to continue to expand and develop and innovate and all those things that we can do to help MSPs deliver better services and support to their end users. So I think it matters significantly.

ChannelPro: What will be different for partners going forward?

Rae: The goal here is a couple of different things. It’s to elevate the MSP brand, to bring more awareness to the channel about the services that MSPs actually deliver, and through COVID it’s been labeled essential services that SMBs need from MSPs. So I think it helps elevate all MSPs worldwide and elevates what they do and that essential role that they’ve got.

For us, it allows us, again, to continue to expand the service that we provide them today and get even better at that. It allows us to innovate and find new technologies that we can continue to bring to the MSP market so that they can continue to deliver better service to those SMBs.

ChannelPro: Do you have any specific plans for what you’ll be doing with the capital you’ve raised?

Rae: Obviously, the continued focus is going to be around the actual MSPs themselves, the MSPs that we’re working with, and then growth of those MSPs. Additional investment will be new technologies, new services, potential acquisitions, all again to help MSPs and find opportunities where we can to bring new technologies, new innovation to those managed service providers.

ChannelPro: How big a part of the picture do you anticipate acquisitions being?

Rae: I’m not absolutely sure…New technologies, innovating what we’ve already got, building on the services and the support that we provide, old things that MSPs can use to route to market to that SMB market, I think that’s where the focus is going to be. And that’s basically where our focus has been up until this point. We’ll just continue on that path.