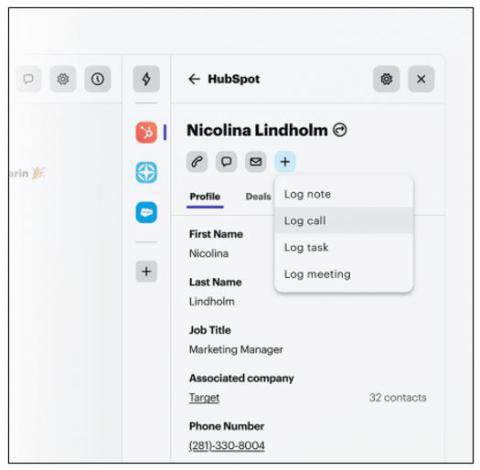 The integration functionality enables MSPs to view contextual data in PSA, CRM, and other external applications directly inside the unified communication vendor’s desktop app. The new partner program pays up to 30% commissions. By Rich Freeman
Tweet

Cytracom has added deep in-app integrations to its core unified communications platform and introduced major changes to its partner program, including a significant bump in commissions.

The company announced those and other updates last week at its Simplifi partner event, which was held online due to the coronavirus pandemic.

The integration functionality, called Cytracom Discover, automatically imports detailed information about pending deals, open tickets, and other items from external applications, and then displays it alongside call data inside the Cytracom interface.

“People have got so many tools, and they need a communication platform that ties all of these tools together,” says Cytracom CEO Zane Conkle.

Included in existing Cytracom subscriptions at no extra charge and shipping now, Discover is backed by a marketplace of supported integrations that users can pick and choose from. ConnectWise Manage and HubSpot are available in the marketplace now. Datto’s Autotask PSA solution, Kaseya’s IT Glue documentation platform, and Zendesk will be added soon, along with Microsoft 365 and Teams, the Microsoft Dynamics CRM solution, and Salesforce’s CRM application.

“We have a very aggressive roadmap for integrations and apps that we’re working on,” Conkle says. “We’ll have several dozen by the time it’s said and done.”

Third parties can create and add integrations on their own as well. “We’ve got an SDK that will allow either MSPs or more importantly vendors who want to publish apps to our marketplace to do so,” Conkle says. “This is an open platform.”

Optimized for use with the desktop app that Cytracom introduced last April and updated this March, Discover and the marketplace are also accessible from the company’s D2 desk phone, which shipped last year too.

Also unveiled at Simplifi was a shared numbers feature for the business messaging system that Cytracom released last October. The new functionality, which will arrive later this summer, lets a pre-defined group of users, such as a sales or help desk team, send and receive messages collectively via a single shared phone line.

“That’s been a very high-demand feature, especially for some of our larger customers,” Conkle says. Adoption of the business messaging tool since its launch has been swift, he adds without citing specific figures. “It’s one of our fastest growing services.”

The new partner program, which is the first major revision to that offering since its debut, utilizes a gamification-based points system to measure and reward members. Partners can earn points both for selling licenses and for additional activities, such as using the Cytracom solution internally at their company and attending Simplifi.

“Most other partner programs are solely based upon revenue,” said Dave Goldie, Cytracom’s vice president of channel, during a Simplifi keynote last week. “We want to reward our partners for engagement.”

The more points a partner collects, the higher they ascend in the program’s new four-tier structure and the more sales commission they get. In the past, Cytracom paid all its partners a flat 20% on closed deals. Now, while tier one partners continue to receive 20%, tier two members get 22%, tier three members get 25%, and top-of-the pyramid tier four partners get 30%.

Jabra PanaCast Review - Get Your Huddle On
END_OF_DOCUMENT_TOKEN_TO_BE_REPLACED