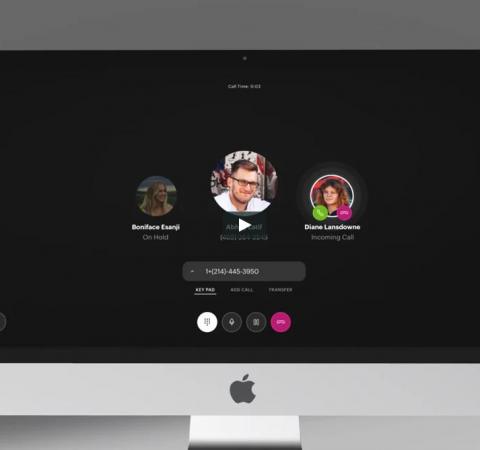 Cytracom has shipped a feature-complete beta version of an updated desktop app for its unified communications platform that features in-app calling and faxing functionality, along with faster setup options.

Such capabilities have recently become critical for businesses impacted by “stay at home” restrictions now in effect around the country due to the COVID-19 pandemic. Cytracom accelerated its development timeline for the new system, which was originally slated to debut in June, as a result.

“Given this crisis and looking at the market and talking to our partners, we realized that everybody was moving in this direction of working remotely, and needed a solution,” says CEO Zane Conkle. “We really wanted to help our partners help their customers stay connected.”

The first edition of Cytracom’s desktop app, which shipped alongside a slew of other new features last April, was designed to help partners exchange SMS messages, check voicemail, view the presence status of co-workers, and access click-to-dial functionality. Its replacement, by contrast, includes the same, much wider, range of features found in the vendor’s desktop phones and mobile app.

“Everything you can do from a physical phone, you can do in Cytracom Desktop,” Conkle says. “You essentially have every service that Cytracom supports.”

That includes the ability to place and receive calls, a feature much needed by office workers now forced to become telecommuters. Such users could make calls remotely before via Cytracom’s mobile app, or by taking their desktop phone home with them. According to Conkle, though, neither option is practical for many users.

“Not everybody has an Ethernet jack in the most convenient places in their house,” he notes, and some lack consistent wireless coverage. Users faced with such problems can use the desktop app instead now, and spare their IT provider a site visit in the process.

“It eliminates the need for the partner to get involved and try to set up physical phones at a customer’s house,” Conkle says. “Nobody wants to go to somebody else’s house at this time.”

Desktop users have access to e-fax functionality now for the first time as well. Despite the greater popularity of more modern communication channels, faxes continue to play a central role in many business processes. That’s a problem at present, however, for companies that rely on an office fax machine.

“Now that everybody’s working from home, who’s getting the fax? I can’t get to that machine to pick up a fax or to send a fax,” Conkle notes.

Included as well now in the desktop app is a real-time call center reporting interface that displays information about calls in progress, calls on hold, average wait time, agents on duty, and more. Only users with access to Cytracom’s administration portal could view that data in the past. Now, Conkle says, “it’s been democratized where everybody has access to it.”

A new setup feature in the app lets technicians invite all of an organization’s employees to create user accounts on their own, rather than manually add those accounts one by one themselves. “We really wanted to ease the burden on our partners,” Conkle says. Especially now, he continues, when many MSPs are scrambling to get homebound newcomers to unified communications up and running as quickly as possible.