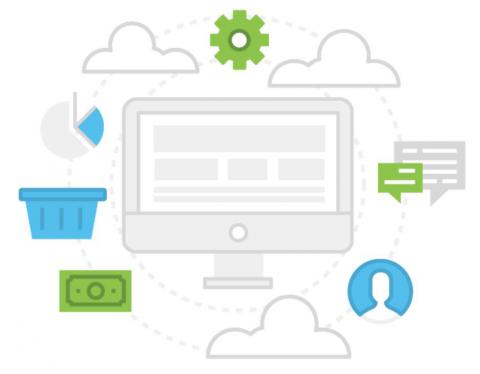 The new deployment option targets SaaS resellers who want to use ConnectWise’s cloud management system but not the rest of its managed services software suite. New billing and single sign-on capabilities for CloudConsole debuted today as well. By Rich Freeman
Tweet

ConnectWise has introduced a new stand-alone version of CloudConsole, its Office 365 and Microsoft Azure management solution, that partners can use independently of the ConnectWise Manage PSA platform.

The Tampa, Fla.-based managed services software maker announced the new deployment option on the second day of its Automation Nation event for users of the ConnectWise Automate RMM platform, which is currently underway in Orlando.

The ability to run CloudConsole without also running ConnectWise Manage is available immediately to current ConnectWise customers in the U.S. and will become available to other U.S. buyers by the end of June.

The stand-alone edition of CloudConsole is designed to lower a significant adoption barrier for the system. Larger Office 365 resellers in particular often wish to deploy that product but not ConnectWise’s PSA solution, either because they already have a PSA system or because they don’t wish to use one, according to chief product officer Craig Fulton.

“We just want them to have CloudConsole,” he says, noting that allowing partners to purchase that system independently also helps ConnectWise establish a beachhead with newcomers to its products.

“We can get in the door with CloudConsole, and then maybe they’ll start using our selling tool,” he says, referring to ConnectWise Sell, the quoting solution known until last November as Quosal.

To further encourage deployment of CloudConsole, ConnectWise is providing free 30-day trials of the system. The vendor presently plans to continue that offer indefinitely.

Also debuting in CloudConsole today is new billing functionality that lets users invoice end users for Microsoft Azure resources at the beginning of the month instead of the end.

“We understand how these IT businesses run,” Fulton says. “They like to pre-bill for their services.” That can be difficult with Azure, however, which utilizes a post-consumption, pay-as-you-go pricing model. CloudConsole now lets channel pros charge customers in advance for Azure services based on historical usage patterns and then automatically compensate for inaccuracies in the next billing cycle.

Further additions to CloudConsole unveiled this morning include new heuristics and in-app messaging features. The former utilizes machine learning technology to identify potentially valuable capabilities in the product that users have yet to utilize. The latter automatically calls attention to those missed opportunities. According to Fulton, ConnectWise believes gently directing customers to underappreciated functionality can increase their satisfaction with CloudConsole by enabling them to get more value from the system more quickly.

Coming to a future release of CloudConsole is single sign-on functionality that will let users access the system via their Microsoft, Google, or even Facebook login credentials. CloudConsole will be the first ConnectWise product to offer that ability. If the feature proves popular, the company will extend it to other solutions later.

CloudConsole may also prove to be the first of many ConnectWise applications that channel pros can run autonomously. According to Fulton, enabling buyers to deploy any product in the ConnectWise portfolio separately is currently on the company’s long-term roadmap.