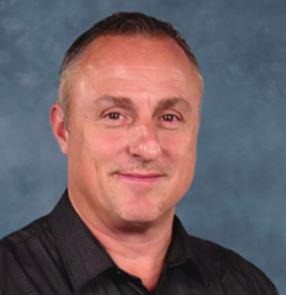 The hiring comes several months after Slutskin began consulting for the documentation vendor and several months before the introduction of forthcoming integrations with management products from Datto and Kaseya. By Rich Freeman
Tweet

Slutskin was an employee in IT management vendor Kaseya Ltd.’s sales organization when he moved to ConnectWise in 2008, eventually becoming that company’s chief revenue officer.

He left to take on the same role at BDR and file sync and share vendor eFolder in 2017. (eFolder rebranded as Axcient last November following its merger with disaster recovery-as-a-service vendor Axcient Inc. in July 2017). A family illness subsequently forced Slutskin to leave eFolder, and he’s been working as a consultant to vendors such as IT By Design and AutoElevate, as well as MSPs such as Liberty Technology and Apex IT Group, for nearly the last year.

Liongard became one of his consulting clients as well a little over four months ago. Joe Alapat and Vincent Tran, the company’s co-founders, approached him about joining Liongard full time on New Year’s Eve, and Slutskin accepted the next day.

“It was real easy. We were working very closely,” he says.

“We are excited to bring Adam onboard with us to accelerate our growth in 2019,” adds Alapat.

Based in Houston, Liongard makes a solution named Roar that automatically retrieves configuration data from network devices, on-premises applications, and cloud environments including Amazon Web Services and Microsoft Azure. Launched on a trial basis last spring and actively marketed only in the last few months, the system is catching on rapidly with MSPs.

“Liongard’s just really having amazing growth and the adoption is just really picking up in the ecosystem,” Slutskin says.

Indeed, Liongard had several dozen MSP partners as of last September and hoped to have 100 by the end of 2018. Instead, according to Slutskin, the company serves about 150 MSPs today.

That growth could accelerate further shortly when Liongard rolls out new integrations with leading managed services software platforms. Today, ConnectWise products are the only ones Roar interfaces with. Connections with software from Datto Inc. and Kaseya, however, will arrive within the next three months.

“Liongard will be focused on integrations in 2019 with more PSA and MSP platform integrations coming soon,” Alapat says. “We will continue to automate documentation for an increasing portion of the technology stack managed by MSPs.”

Longer term, according to Slutskin, Liongard plans to add integrations with solutions from Continuum, SolarWinds MSP, NinjaRMM, and others. “We’re Switzerland,” he says. “We play with all of the platforms.”

Those platforms include IT Glue, the documentation vendor acquired by Kaseya in November. Though both companies appear to play in the same market, Slutskin says, their solutions perform different functions. IT Glue excels at capturing information manually entered by technicians. Roar collects and continually updates configuration data in particular automatically. That, according to Slutskin, makes the two systems complementary.

“We’re not a competitor,” he says. “A lot of our partners have IT Glue as well.”

The automated nature of Roar’s documentation functionality is key to its early popularity, Slutskin argues, noting that the system liberates technicians from a task they generally prefer to avoid.

The Road to Success Is Paved with Service
END_OF_DOCUMENT_TOKEN_TO_BE_REPLACED

Jabra PanaCast Review - Get Your Huddle On
END_OF_DOCUMENT_TOKEN_TO_BE_REPLACED