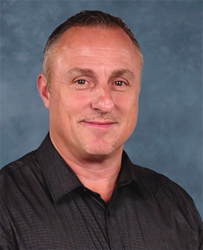 Slutskin, who held the same position at managed services software maker ConnectWise until last month, will report to his former colleague Matt Nachtrab, who was previously president and COO of ConnectWise and became Denver-based eFolder’s CEO two weeks ago.

“Adam has had an exceptional career with proven performance in our key markets and we are excited to have him join eFolder. His appointment brings additional revenue generating power to elevate the strength of our newly expanded team,” said Nachtrab in a press statement. “Additionally, Adam’s depth of experience in the IT services space as well as his long history in successfully delivering channel driven technology solutions to market made him our top choice for the position.”

Slutskin’s appointment comes less than a week after eFolder merged with disaster recover-as-a-service vendor Axcient Inc. to form a BDR giant with close to 4,000 partners supporting some 50,000 businesses and 400,000 endpoints.

“I have been watching eFolder for some time and am excited about the direction and vision the company has for the future of data protection,” said Slutskin in prepared remarks. “With eFolder’s expanded portfolio of innovative solutions, the recent merger with Axcient, and the enthusiasm and strength of the entire eFolder team, I knew this was the right move for me. I am thrilled to continue working with the IT services community in my new role and look forward to forging new paths with so many business leaders in the channel who I proudly call my friends.”

Slutkin joined ConnectWise in 2009 and became its CRO in June of 2015. Under his leadership, the company’s sales team grew from five people to nearly 300.

In his new role at eFolder he will be responsible for driving sales of an expanding product family that includes the company’s Anchor file sync and share software, Cloudfinder cloud-to-cloud backup system, Replibit BDR solution, and Axcient DRaaS portfolio.

Jabra PanaCast Review - Get Your Huddle On
END_OF_DOCUMENT_TOKEN_TO_BE_REPLACED