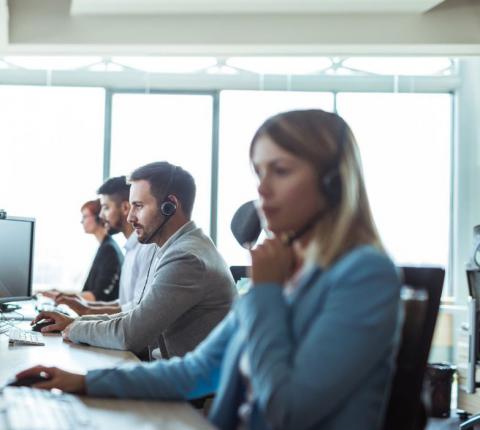 BVoIP has added “power dialer” functionality to its unified communications solution for MSPs.

The new feature is one of several recent enhancements to BVoIP’s 1Stream integration platform, all of which are part of the vendor’s ongoing emphasis on continuous incremental upgrades this year.

Available to users with an associated “power plan” subscription, BVoIP’s power dialer system lets sales teams and other people who regularly place large volumes of phone calls automatically dial numbers on a preset list. The system automatically plays a prerecorded voicemail message when no one answers, so the user can move on to the next call, and automatically records details about each call in the company’s CRM solution as well.

“You can pull multiple lists from multiple tools, and then the system will push all of the dispositions and notes and call data that we’ve collected as you were going through that process and push it back into the CRM that it came from,” he says.

According to Bardissi, power dialer software has traditionally been an option only for larger businesses. “Usually it was cost prohibitive to anybody that didn’t have big pockets,” he says. “It’s not that the need wasn’t there. It was that it just was too expensive.”

BVoIP has designed its system to fit SMB budgets, he continues, noting that unlike many power dialer solutions, BVoIP’s is a native component rather than an add-on from a third-party provider.

“It’s not a bolt-on. It’s built right into the application,” Bardissi says.

Other recent updates to 1Stream include the ability to receive alerts inside the system any time critical parameters exceed preset thresholds. Companies can use the feature to ensure that both call center agents and their supervisors know immediately if a call queue has become overloaded, a particular call has been on hold too long, or a call has come in from an especially important client.

“These are the types of things that cause customer service issues,” Bardissi notes. At present, he adds, the feature supports a small handful of alert “triggers”, but more are in development.

Another new addition to 1Stream shows users an extensive history of past interactions with the person they’re speaking with, including phone calls, support tickets, sales opportunities, and more. A forthcoming version of that feature will let users click directly from any item on the list to the associated record in an outside CRM or PSA system.