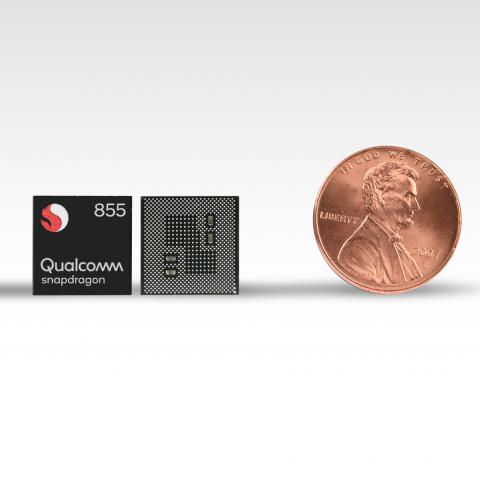 EVERY YEAR, processors get faster, with more cores crammed into smaller spaces. In 2019, expect cores to multiply yet again, small processors to start doing big jobs, and the GPU market to keep growing, with contributions from all the major players.

If you hear “CPU” and think Intel, you’re probably waiting for some Core i9 processors. Intel has reported difficulties getting its 10-nanometer production process up and running, but the i9 shortage should disappear early in the year. In November, Intel announced its Xeon Cascade Lake-AP family of i9 processors with 48 cores.

“Is the i9 important? Oh, yes,” says Jon Peddie, president of Peddie Research. “It’s amazing they can cram that many cores into a processor, running at new clock rates, and keep everything from melting. They’ve increased the cache size, so 16 cores can communicate with each other running threaded applications.”

According to Jim McGregor, founder and principal analyst at Tirias Research, “The i9 aims at more of a niche market than earlier Intel Core processors, which were more horizontal.” Gaming and workstations are the most likely uses for the new chip, he adds.

Processor market shares have shifted too, notes Peddie, thanks to AMD’s Ryzen Threadripper CPUs, which cover the gamut from consumer to commercial to data centers and supercomputers. “AMD was the first to ship with so many cores, up to 64,” he says. “Windows 10 helps a lot since it is figuring out how to spread programs across all those cores. You can get a big boost if those cores are fully exploited.”

“GPUs are having a big impact on everything, including desk-side machine learning systems.”—JIM MCGREGOR, FOUNDER AND PRINCIPAL ANALYST, TIRIAS RESEARCH

Although AMD announced its 64-core EPYC II CPU, code-named “Rome,” in November, Peddie believes it won’t ship in quantity until midway through 2019.

For its part, NVIDIA’s graphic processors continue to dominate in big data and deep learning, says McGregor. “GPUs are having a big impact on everything, including desk-side machine learning systems. Even standard GeForce boards in lower-end PCs can do good work in deep learning.”

Ray tracing is another huge advantage for NVIDIA’s Turing GPUs, the company’s newest, says Peddie. Long popular in CGI in Hollywood and used to create photo realistic images, ray tracing has become important for advertising and other graphics. For example, says Peddie, “Ninety-five to 97 percent of ads for new cars are all simulated images made with ray tracing.”

On a much lighter note, ARM processors, primarily from Qualcomm, are powering a range of new “Windows on ARM” systems. Qualcomm Snapdragon 835 processors support small, light, often convertible mobile PCs that have tablet tendencies but run Windows 10 operating systems and all the standard Windows applications.

Qualcomm updated its 8 Mobile Platform Series with the Snapdragon 855 Mobile Platform to better support mutli-gigabit 5G, artificial intelligence, and immersive extended reality workloads. Samples are available now and general availability will be in the first half of 2019.

Jabra PanaCast Review - Get Your Huddle On
END_OF_DOCUMENT_TOKEN_TO_BE_REPLACED