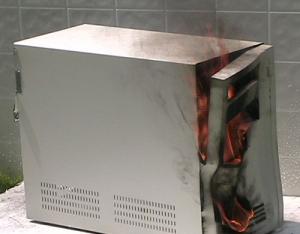 If you don’t like to rent/lease things  you would normally buy, Microsoft still offers an outright purchase option for Office 2013. You can get all seven applications for $399, or just Word, Excel, PowerPoint and OneNote for $139. Add Outlook to that package for an additional $80, or buy them ala carte for $109 each (OneNote is only $69). However,  and this is a giant however,  purchasing Office 2013 gives you the nontransferable right to install it on one PC only. Install it on your laptop and that laptop falls in the bathtub, so does Office 2013. Fry your motherboard with a bit of overclocking gone wild and you’ve just fried your Office 2013, also. In essence, you’re not really buying the software insomuch as you are buying a license to use that software on a dedicated piece of equipment for as long as that piece of equipment lasts.

When you purchase Office 2013 outright, you also get 7Gb of SkyDrive space (the default storage amount for new Microsoft accounts) as well as access to the cool streaming feature discussed above.

Microsoft is clearly stacking the decision deck on this one to push people toward Office 365. Access to all seven Office applications for $99 a year is one heck of a deal if you have more than one computer or laptop, or you aren't exactly confident your equipment will be around for at least four years. If you have at least two computers or are apt to upgrade your setup more than once a leap-year cycle, then you’ll want to go the Office 365 route. Furthermore, if you need anything other than what comes in the Home & Student Edition, Office 365 makes more sense long term, even for a single PC.

Assuming Microsoft doesn’t radically change the year-two pricing structure or dramatically lower the single license purchase cost when it comes time for everyone to update to Office 2014, renting is the way to go for the foreseeable future.

Jabra PanaCast Review - Get Your Huddle On
END_OF_DOCUMENT_TOKEN_TO_BE_REPLACED