ICYMI: Our Channel News Roundup for the Week of September 4th 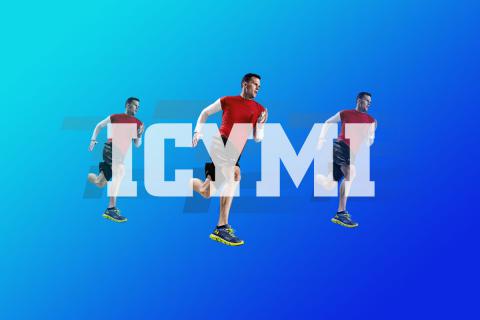 What a strange but short but strange week. We feel like a hurricane sandwich—Texas and Harvey behind us with Florida and Irma ahead of us. Can anyone find the switch to flip us back to normal? Until that time, let’s catch up with some of the news that blew away in the last hurricane or we missed while preparing for the next one. By James E. Gaskin
Tweet

Microsoft murmurs and shouts. Love is in the air, or maybe it’s partnership, as existing Microsoft and Adobe joint ventures expand to make e-signatures easier and connect Microsoft Teams and Adobe Cloud Services. Ditto for connecting Windows 10 and Salesforce Chatter. In the “shocked, shocked” category, cloud apps like Linux. So Azure App Service is now generally available on Linux, including Web App for Containers.

New and shiny. Anyone ever complain the network is too fast? Not at NETGEAR. That’s why the vendor rolled out the second generation of its Smart Managed Switching offerings, now supporting 10Gb Ethernet. To help fill that bandwidth, folks there also released the NETGEAR FlexPower Wire-Free IPO Camera (VNC4030) (pictured) and FlexPower Base Station (VNB4000).

Huawei Consumer Business Group unveiled the Kirin 970, an eight-core CPU with a 12-core GPU, all small enough to fit into mobile devices like smartphones. Big reveal: The chip will add real AI to devices for the first time. We’ll let Siri, Cortana, and Google argue about that one.

People with messy desks love trackballs because they don’t need to clear space for the mouse motions. The Logitech MX-ERGO wireless trackball, available about now, should make them happy.

MobileIron made enterprise employees who love Macs happier with its Apple Release including support for iOS 11 (expected soon from Apple).

Fans of the VOSS-4-UC product suite will like the new VOSS Analytics module. Gather data about service usage, service adoption, user trends, and licensing details in a few anticipatory heartbeats.

Fans of better security should appreciate the next generation of Kaspersky Private Security Network, an on-prem version of the cloud-based Kaspersky Security Network. Get access to real-time global threat info but keep all your security data inside your own walls.

All the other news that’s fit to e-print. Mike Potts takes over as CEO of Webroot, succeeding the retiring Dick Williams. Perhaps Williams, who’s staying on Webroot’s board, will help Potts carry in some boxes.

This week’s stat ticker. 451 Research, in our second “shocked, shocked” entry today, reports that IoT is having a significant impact on enterprise IT. Dive into Voice of the Enterprise: IoT—Workloads and Key Projects and you’ll find almost a third of enterprises plan to add storage infrastructure to deal with this issue, over 30 percent are adjusting edge equipment, and just under that amount are spiffing up servers. Surprisingly, 26 percent say things are just fine and they have no changes in mind.

IDC believes all these IoT plans show "significant opportunity for Service Providers.” That’s the most important conclusion from the study Worldwide Internet of Things Services Forecast, 2017-2021, just out from the Boston-area research firm. Over half the IoT global services market is domestic, and business consulting is the fastest growing segment currently. Practice those buzzwords and put on your consultant hat.

“I’m not a brain scientist,” says Brady. Yes, we agree, but His Brady-ness added that over 100 peer-reviewed studies have been published on the technology used by TB12 BrainHQ. He didn’t mention who these peers were, however, so he could be referring to his New England Patriots teammates for all we know. Or, given the result of the NFL season opener, in which the Kansas City Chiefs hammered the Patriots 42-27, those peers could be the hot dog vendors in Gillette Stadium.

Let’s hope the Brady Brain Training system really is what made supermodels like Bridget Moynahan and Giselle Bundchen go ga-ga over Tom-Tom. Because if women like that are only attracted to young, handsome, athletic, and rich guys, we’re back to Dungeons & Dragons, trained brains notwithstanding. Sigh.

Embracing Cultural Differences
10 Tips for Selling Cybersecurity Virtually in the New Normal Webinar
The Way You Do Anything . . .