ICYMI: Our Channel News Roundup for the Week of September 23rd 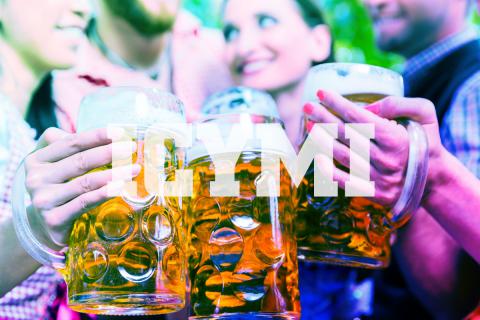 AI from Spiceworks, a SIEM from Microsoft, and a German court ruling on the medical status of hangovers that arrived just in time for Oktoberfest are just a few of the many stories we’re a bit tardy in sending your way. By James E. Gaskin
Tweet

Happy First Week of Fall, folks, and batten down those hatches. Fall is supposed to mean cooler temperatures and colorful leaves, but this year we have an extreme sandwich for most of the country. The west, especially the northern Rockies, faces a September blizzard. To the east, Hurricane Lorenzo hit Category 4, meaning it’s the biggest storm this season. At least neither will mess up the opening of the State Fair of Texas today. Yep, the biggest, and the one with the most pig races. 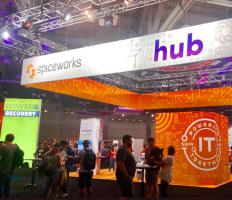 Speaking of big deals…SpiceWorld 2019 happened in Austin this week (still talking Texas). There folks learned that Spiceworks Account Intelligence is in beta and will be available in Q1 2020. The new AI-powered tool will help B2B tech brands spiff up their marketing and sales efforts and jazz up their account-based marketing.

Artificial intelligence upgrades abound in the Spiceworks catalog. Examples include business, technology, personal, and market insights. The new service provider matching solutions announced at the show help connect customers with the best IT service providers for their project needs.

The Spiceworks 2020 State of IT study, also released during SpiceWorld, highlights areas of opportunity for IT providers. First of all, outdated infrastructure needs to be upgraded or replaced. Security concerns, of course, need addressing. This adds up to an average 18% IT budget increase for respondents. Only 8% expect IT budgets to decline in 2020. 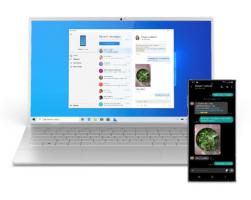 News from Mr. Softie. Two years ago, Microsoft 365 hit the streets, er, cloud, with Microsoft Teams as the center for employees to chat, have video meetings, and more. Today more than 13 million people use Teams daily, says Microsoft, and more than 19 million use it weekly. Daily users passed Slack earlier this year. So, upgrades! Time sensitive communication, easier management across teams, new time clock feature, and easier ways to deploy and manage policies.

Microsoft and Samsung teamed up to spread Microsoft productivity tools across multipole Samsung devices. The new Samsung Galaxy Note10 phones (pictured) include native integration with MS apps like OneDrive, Outlook, and Your Phone, plus access to Word, Excel, and PowerPoint. 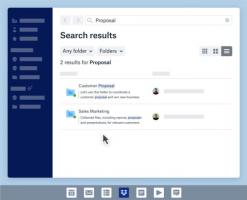 News from Dropbox and its partner pals. Tired of jumping from chat threads to status updates to search for a variety of file types? Hello, Dropbox Spaces, which Boxians tag as the evolution of the shared folder. Image search, file previews, starred files and folders, paper integration, soon a Binder to publish collected files of all types, and revved up search. Calendar and to-do list integration as well, and soon Trello tie-ins.

BetterCloud also rolled out its new BetterCloud Integration Center as a central exchange for customer and partner integrations. Other players include Zoom, Atlassian, Smartsheet, Docusign, AWS, VMware, and more. 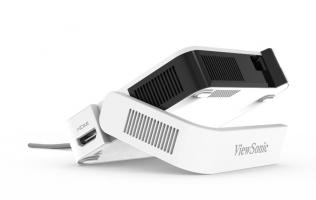 ViewSonic’s new M1 Mini (pictured) is a compact and ultra-portable LED projector. Weighs in at a half-pound, is 4x4 inches, and even includes JBL speakers. Look for it in November.

Got connections? Then you need management. Aryaka has introduced HybridWAN to its Global Managed SD-WAN Service. Multi-tenancy and zone-based firewalls to keep them safe.

Got users? Then you need customer support tools. How about PagerDuty for Customer Service, integrated with Zendesk and 350 other systems from more than 200 partners across DevOps, IT ops, security, and customer service? While chatting, bring up Intelligent Triage, a new feature within PagerDuty’s Event Intelligence product. Helps power the new Intelligent Dashboards.

EnGenius Technologies pulled the curtain on its EnGenius Cloud Platform, along with the fact that their new line of cloud-managed access points are now shipping. 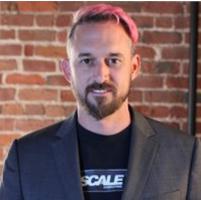 Vendors, yes. Products, no. CloudJumper brings in Mark Foust as vice president of sales for North America and beyond.

Scott Loughmiller (pictured), one of the co-founders of Scale Computing, moves up from vice president of engineering to chief product officer.

Logitech snaps up Streamlabs to add streaming tools to its gaming line.

Netskope announced that its Security Cloud Platform has achieved FedRAMP authorization. The initial authorizing agency is the U.S. Department of Health and Human Services.

WatchGuard Technologies released its Internet Security Report for Q2 2019. For the first time, they revealed and ranked the most commonly used domains that hackers use to launch malware and phishing attacks. Oops, multiple Content Delivery Networks, like CloudFlare, SharePoint, and aws.amazon.com, are on that list. Year-over-year malware volume increased by 64%. Legit file sharing sites have been used as well. Phishing and Office exploits increased worldwide, while SQL injection attacks make up 34% of all network attacks, way up from last year. One specific attack is up 29,000% from Q2 2018. Our slide rule gave up trying to get a grip on that percentage.

Hook, Line and Sinker: Why Phishing Attacks Work from Webroot tried drilling into the psychological factors convincing users it was OK to click on a phishing email. After talking to 4,000 office professionals from the U.S., U.K, Japan, and Australia, they discovered 79% of users said they could spot a phishing message. That’s good. But 49% admitted clicking on a link from an unknown sender while at work. Not surprisingly, 48% said their personal or financial data had been compromised by a phishing message. Gosh, if only there was a way to avoid being hacked like that—you know, like not clicking on links in emails from strangers. Even after data exposure, 35% did not change their password. Sigh.

Ivanti polled 400 IT professionals this summer about onboarding and offboarding. These are not new-fangled difficult concepts, yet only 15% of new employees have all the resources they need on day one. Worse, 52% of IT pros know someone who still has access to a former company’s applications and data. Only 55% are confident that user rights will be adjusted when that user transfers to a new role. Maybe the problem is that 54% of IT techs do all this manually while only 9% have a fully automated process to help. Of course, a fired employee with access to your computer system after termination would never cause a problem, right? 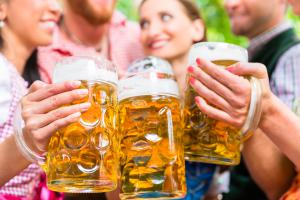 Just in time for Oktoberfest. A German court ruled that hangovers are an “illness.” The case was actually about a company making claims for its anti-hangover drinks and powders. The court ruled that such food products could not be marketed as treating illnesses, which, according to the legal German definition of illness, includes hangovers.

“By an illness, one should understand even small or temporary disruptions to the normal state or normal activity of the body,” the ruling says. That includes the tiredness, nausea, and headache associated with hangovers. Since this happened just before Oktoberfest, pity the people in HR in German companies.

Sorry, but that’s just for Germany. However, if you overdo it this weekend, you can get a cup of coffee on National Coffee Day (September 29). Sorry, it’s not free, nor are pain killers or earmuffs to block the deafening sounds of coffee slurping (at least to the hungover).