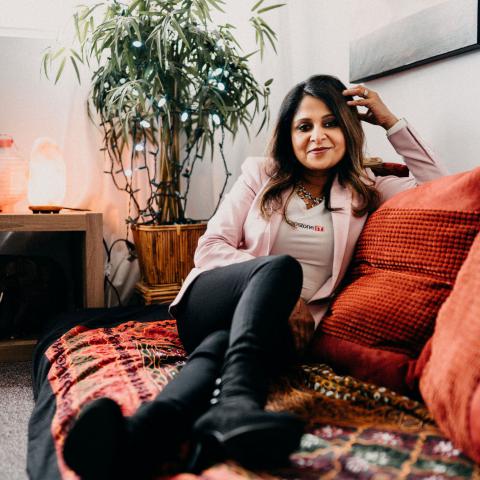 Through concerted marketing, standardization and automation, and an aggressive growth strategy, Iconic IT is well positioned for the future. By Sitima Fowler
Tweet

MARKETING AND STANDARDIZATION were the twin engines that drove rapid growth at my former company, Capstone IT, and we are using the same strategy at our new company, Iconic IT, along with two other accelerants: acquisition and automation. The goal is to keep Iconic IT relevant for a future in which growth and scale will be important.

Back in 2006 when I joined Capstone as co-CEO along with my husband Mike Fowler, who founded the company, we had about $1 million in revenue and five employees. Our plan was for him to focus on service delivery and I would be responsible for business development.

Even though I have a master's degree in electrical engineering and had a successful career at Xerox and General Motors, I could not figure out how to get the phone to ring or to effectively communicate the value of managed services. For two years I felt like a complete failure.

RECOMMENDED BOOK Never Split the Difference: Negotiating As If Your Life Depended On It, Chris Voss (Harper Business, 2016)

FAVORITE PART OF MY JOB Meeting with business owners, understanding what their needs are, coming up with a solution, and winning the deal

WHAT PEOPLE WOULD BE SURPRISED TO KNOW ABOUT ME I'm actually an introvert and the stay-at-home orders due to COVID-19 suited me.

Then I made the decision to ignore the “head trash” telling me I was an introverted engineer, reached out to other business owners in the area to mentor me, started reading marketing books, and tried running one campaign from Robin Robins’ Technology Marketing Toolkit (TMT). Not expecting much, I was in disbelief when we got five meetings from that effort.

Slowly we began to put a marketing system in place, starting with building a prospect list of companies that are technology dependent, located within 30-mile radius of Rochester, N.Y., and have 20 to 75 employees. I compiled a list of financial firms, marketing agencies, and healthcare; vetted it; and started nurturing it, which means at least 10 to 15 touches before somebody wants to hear about what you’re offering.

We then focused on our website—making sure it came up on the first page of a Google search and enticed visitors to fill out a form. We started to see leads flow from there. Then we added email marketing.

We also started doing joint ventures, reaching out to local associations and speaking at events. I intentionally became well known in the area, establishing myself as a thought leader.

At the same time, we standardized the products in our managed services offering, so instead of five backup choices there is one, which boosted our service delivery efficiency.

By the time the opportunity arose last June to form Iconic IT with fellow peers with whom we had deep relationships through HTG Peer Groups (now IT Nation Evolve), Capstone had grown to 45 employees and $6 million in revenue. But we were watching all the industry consolidation, getting approached by private equity firms to sell, and wondering if a $6 million firm could even compete in the future against the buying power and security strength of these bigger entities. So rather than turn to private equity, four companies came together as four equal partners.

Over the past year we have been busy standardizing and integrating systems and tools like HR and financial, and getting on one instance of ConnectWise, which hasn’t been easy. Finally, as a bigger company we knew we were a bigger target, so we beefed up security.