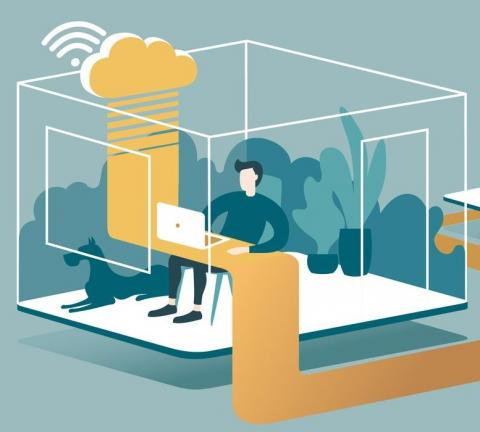 Roughly two years after the first reports of a novel coronavirus began emerging from China, and some 20 months since that same viral invader began shaking up life as we know it in the U.S., corporate networks are slowly but surely coming to resemble the increasingly cloud-dependent workforces they support.

The latest evidence appears in research published today by network management vendor Auvik. According to the third annual edition of that company’s Network Diversity Report, which draws on input from some 520,000 managed devices on 40,000 networks, Wi-Fi access points now make up 46.5% of network devices overall, versus 45.2% a year ago.

That seemingly minor change, when taken together with the declining share of network gear accounted for by switches (down from 41.5% last year to 40.7% today) and firewalls (down from 10.1% to 9.4%), points to a slow but significant long-term trend, according to Alex Hoff, Auvik’s chief product officer.

“In the relative weighting of wired connections versus wireless connections, wireless is dominating,” he says.

Data from IDC reflects that shift. Global sales of wireless LAN infrastructure rose 23.5% in the first half of 2021 over the same period a year earlier, the analyst says, versus a more modest though still robust 13% uptick in non-data center Ethernet switch revenue.

Those figures, according to Hoff, are a direct result of the accelerated shift since the start of the pandemic toward cloud-based software, including collaboration tools like Zoom and Microsoft Teams. “We see way more videoconference traffic than we used to back when we were in the office,” he says. “It means more demands on the Wi-Fi infrastructure.”

The apparently permanent move toward hybrid work arrangements in which employees who pop in and out of offices spend less time at desks with wired connections has further fueled access point rollouts, Hoff adds, as has adoption of Wi-Fi 6 technology. Wi-Fi 6 hardware, in fact, is forecast to account for 79% of all wireless networking shipments within the next two years, according to IDC.

All of that, coupled with re-opening offices, has businesses large and small gradually adapting their networks to a new era, according to Brandon Butler, research manager for enterprise networks at IDC. “It’s creating a time where organizations are thinking about what sort of network infrastructure equipment they need for their campuses and branches, and it’s also causing them to think about what do I want my network to look like?”

The answer, Hoff says, is increasingly a simpler, speedier, wireless-first network oriented toward “north-south” rather than “east-west” traffic and tasked with a single mission: keeping users, regardless of their location, reliably and securely connected to the cloud. Auvik’s own office network is a perfect example, he adds. “There's no corporate network anymore. It's just Wi-Fi.”

The range of manufacturers found on today’s networks remains as wide as ever, however. Auvik found products from fully 614 vendors among the devices it studied this year, a 7% increase over 2020. Moreover, two-thirds of MSPs it surveyed are managing devices from more than five network device makers.

The Wireless-First, Cloud-Oriented Network of the Future is Coming into Place, Says Auvik
November 30th, 2021