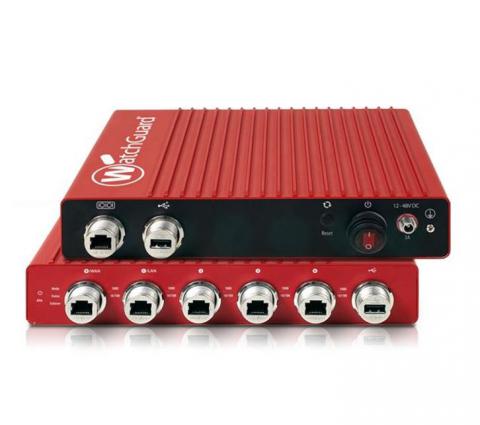 The new Firebox T35-R is designed for use in settings like factories, refineries, and agricultural sites exposed to moisture, extreme temperatures, and heavy dust. By Rich Freeman
Tweet

WatchGuard has introduced a version of its Firebox T35 firewall designed for use in industrial Internet of Things environments with rugged operating conditions.

The new Firebox T35-R, which is available immediately, protects networks in settings exposed to moisture, extreme temperatures, and heavy dust from malware and intrusion, according to Brendan Patterson, vice president of product management at WatchGuard.

“As cyber criminals set their sights on the massive wave of newly adopted and potentially insecure industrial internet of things (IIoT) devices, businesses need network security solutions that can withstand the unforgiving deployment conditions present in harsh environments,” said Patterson in as media statement. “The T35-R is designed to meet this growing demand, offering the same industry-leading, enterprise-grade performance and security protections as our conventional network security appliances, with added resistance to temperature, moisture and dust concerns often found in manufacturing, oil and gas plants, utilities sites, agricultural environments and other rugged locations.”

The T35-R comes in an IP64-rated enclosure that according to WatchGuard is both dust- and splash-proof, and can handle temperatures ranging from -40 to +60 degrees Celsius as well as non-condensing humidity levels between 10% and 85%. Users can employ RapidDeploy, WatchGuard's centralized zero-touch configuration solution, and the WatchGuard Cloud management platform to pre-configure and deploy the system at remote sites that are difficult for IT professionals to reach.

Like the Firebox T35, a conventional firewall released just under two years ago and meant for use in offices and data centers, the T35-R features VPN connectivity and supports WatchGuard’s APT Blocker, Threat Detection and Response, DNSWatch, IPS, Gateway AntiVirus, and other add-on services. Unlike that device, however, the new system supplements conventional protections with SCADA IPS signatures to guard against known threats to industrial control systems. That feature is included with WatchGuard's Basic and Total Security Suites.

The new appliance can operate on 12v to 48v DC power or use an optional AC power supply. It offers up to 940 Mbps of firewall throughput and comes with five 1Gb ports, as well as a serial port and two USB ports. The device measures 9.5” x 2.6” x 1.7”, weighs just under 5 lbs., and comes with a DIN mounting rail.

Network hardware optimized for use in specialized environments is a growing trend. Zyxel, for example, has recently launched a line of network switches optimized for outdoor use with video surveillance solutions. ADTRAN followed suit with a similar product in August.

LG Gram for Business 17 (2020): Big Reasons to Like It
END_OF_DOCUMENT_TOKEN_TO_BE_REPLACED