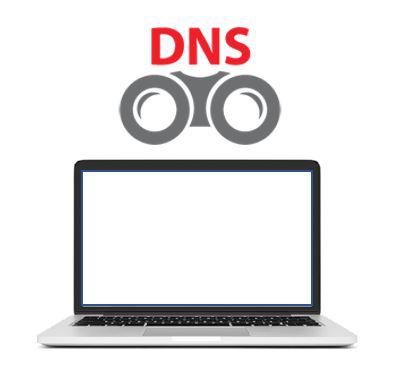 Called DNSWatchGO, the cloud-based system is designed to complement the vendor’s network security solutions by protecting remote workers from phishing attacks, data exfiltration attempts, and other threats when they’re outside the firewall. By Rich Freeman
Tweet

WatchGuard Technologies has launched a version of its DNSWatch product for mobile users, as well as a new bundled purchasing option for its growing family of user-focused security products.

Unlike the original DNSWatch, which works with WatchGuard’s Firebox firewalls to protect users from phishing attacks, data exfiltration attempts, and other threats while on the network, the new DNSWatchGO is a 100% cloud-based solution that safeguards laptop users beyond the network perimeter. That’s increasingly must-have protection for businesses with roaming employees, according to Michelle Welch, senior vice president of marketing at WatchGuard.

“An exclusively network-centric approach to security really just isn’t enough,” she says. “A comprehensive security offering now has to look both at that network-level protection and what I’ll call user-level protection.”

Fully 92% of organizations currently allow staff to work remotely, according to a recent study prepared for WatchGuard by CITE Research. 80% of participants in that survey expect their remote workforce to grow over the next three years, and nearly two-thirds have already had a remote worker fall victim to a cyberattack.

WatchGuard previewed the future release of DNSWatchGO at this RSA Conference. At present, the system supports Windows-based notebooks only. A beta edition for Chromebooks is slated to arrive later this year, and WatchGuard plans to add protection for Apple MacBooks as well in 2020.

In addition to its core DNS-level content filtering and malware protection capabilities, DNSWatchGO also offers security awareness functionality that kicks in automatically every time users click a dangerous link. “The user gets blocked from going to the known malicious site, but they [also] get an educational prompt that communicates to them what has happened, why they’re not allowed to go where they went, and what they should look for in the future,” Welch says.

WatchGuard offers one- and three-year subscriptions to DNSWatchGO at tiered rates based on number of users. MSP-friendly monthly pricing is available as well. Depending on how many seats they buy and which term they choose, users can acquire DNSWatchGO licenses for as little as $1.50 per user per month.

“It is positioned to be the most competitively priced offering of its kind on the market,” Welch says.

DNSWatchGO is the second member of WatchGuard’s young family of products for protecting individual users rather than entire customer sites. AuthPoint, a multifactor authentication system introduced last July, was the first.

Both solutions are now available for a single price through Passport, the bundled subscription offering WatchGuard also introduced today. According to Welch, the new purchasing option is designed to make selling the vendor’s user security systems easier for partners and buying them easier for end users.

“With Passport, our partners can offer user-centric security with a single SKU, eliminating a lot of work and client confusion,” she says.

Pricing on Passport starts at $3.25 per user per month. Partners who buy now will get the forthcoming third member of WatchGuard’s user-focused security portfolio, an advanced endpoint detection and response (EDR) service, at no additional cost for the remainder of their current term when that systems ships in the first half of 2020.

Passport was inspired by WatchGuard’s Total Security Suite bundle, which pairs a Firebox appliance with DNSWatch plus anti-virus, content filtering, sandboxing, and other site-focused security services for one price. According to Welch, the offering has been a hit with partners.