WatchGuard Takes Next Step in Evolution Toward Post-Perimeter Security 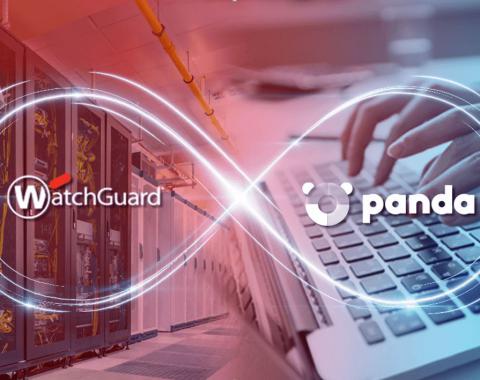 Endpoint protection products from Panda Security, which WatchGuard bought in March, are now available to all of the company’s partners while membership in the WatchGuardONE partner program is now open to former Panda resellers. By Rich Freeman
Tweet

WatchGuard’s transformation from firewall mainstay to post-perimeter security vendor is now roughly one week into its next jump forward.

Since last Thursday, products from Panda Security, the endpoint protection software maker that WatchGuard bought in March, have been available for resale to members of the WatchGuardONE partner program alongside WatchGuard’s network security, multifactor authentication, and secure Wi-Fi products, and Panda’s Adaptive Defense 360 solution is now part of the WatchGuard Passport security bundle.

In addition, members of Panda’s P3 partner program can now join WatchGuardONE, and everyone in WatchGuard’s channel has access to a new endpoint security specialization.

Months in the making, those changes collectively represent a significant milestone for WatchGuard, which sells exclusively through the channel, according to Michelle Welch, the vendor’s senior vice president of marketing.

“Since closing [the Panda acquisition], our top priority was really to get the products from both portfolios on a single price list at distribution, simplifying the purchasing process for joint partners, and to immediately make our partner program and the benefits of that program available to the combined partner community,” she says.

WatchGuard resellers have been eagerly awaiting their chance to add Panda’s Adaptive Defense suite, which includes advanced anti-malware and endpoint detection and response components, to their security catalog, Welch continues. In annual partner surveys the last three years running, she notes, partners regularly ranked endpoint security the number one solution category they’d like to see added to WatchGuard’s portfolio. Over 25% of the company’s partners have downloaded the free not-for-resale (NFR) copies of Panda’s software made available to them this spring for testing purposes too.

Panda partners, meanwhile, can now officially begin adding WatchGuard products to their offerings. “It really gives them the opportunity to expand their product portfolio beyond just endpoint and also immediately receive the financial benefits of being part of the WatchGuardONE program,” Welch says.

P3 members have the option of waiting before officially joining WatchGuardONE, but those who make the jump will enjoy the same status in the new program as they had before through March of next year. They will also receive benefits that according to WatchGuard are at least as generous as those they received previously.

WatchGuard aims to have all P3 members in WatchGuardONE by the end of the year, but doesn’t plan to enforce that cutoff date strictly. “We’ve made the commitment that we’ll do whatever’s right by our partners to make sure it’s a nice process, not a painful process,” says Welch of switching programs.

The expectation, she continues, is that Panda resellers will use the next six months to earn their first WatchGuard specialization. WatchGuardONE members must earn a credential in endpoint security, network security, multifactor authentication, or secure Wi-Fi to qualify for the program’s silver tier. Partners that ascend to the gold level by adding a second specialization collect significantly higher rebates, and partners at the platinum level that have earned all four specializations get higher payouts still.

To ease the certification process, which requires partners to purchase and use an NFR product, WatchGuard is providing heavily subsidized NFR licenses to Panda resellers for a limited time. “They’re a penny through distribution, so essentially free,” Welch says. “There’s no additional financial barrier for them to get recertified in the WatchGuard specialization.”

Hybrid IT Requires the Convergence of Security and Networking
Educated and Edgy: Why Tech Thrives on the U.S. East Coast
END_OF_DOCUMENT_TOKEN_TO_BE_REPLACED

Jabra PanaCast Review - Get Your Huddle On
END_OF_DOCUMENT_TOKEN_TO_BE_REPLACED