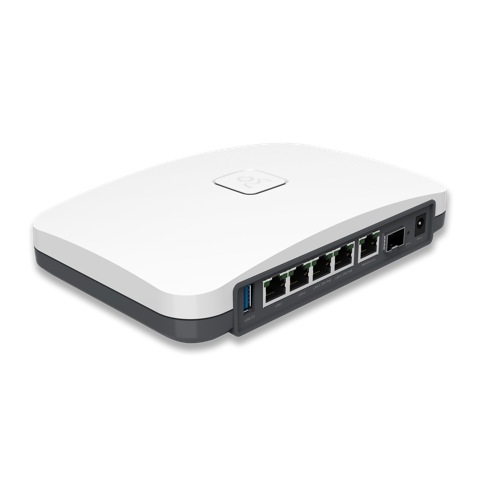 Equipped with a built-in firewall and managed through the same cloud interface as the rest of the company’s networking products, the router closes a critical gap in the Datto business unit’s portfolio. By Rich Freeman
Tweet

The router, dubbed the G200, closes a gap in the Open Mesh product family, according to Ryan Detwiller, the Portland, Ore.-based company’s general manager.

“It really completes that local network story for us, which is something our customers have been asking for,” he says.

Technicians can manage the new device through the same cloud-based interface they use to administer other Open Mesh products.

“It’s great to manage your Wi-Fi and your switches in the cloud, but until you have the router in that same interface, you’re managing with multiple portals or multiple logins,” Detwiller says. The ability to manage routers in the same place will increase productivity for Open Mesh partners and reduce the need for “truck rolls,” he adds, noting that a channel pro’s customers ultimately benefit from that change as well.

“It means there’s going to be less downtime for the end users on site, less hassles, [and] fewer times that they have to have an IT partner on site to provide service for them,” he observes.

The G200 comes with an integrated firewall and is powered by a quad-core processor. Two of its ports offer passive Power over Ethernet (PoE), enabling them to serve as a direct power source for access points. According to Detwiller, the new device has been optimized for easy deployment as well.

“You just plug it in and it works,” he says.

Available immediately, the G200 lists for $249. Like all of Open Mesh’s networking hardware, it comes with a full license for the lifetime of the product.

The new access point, named the A62, replaces the earlier A60. Like the previous model, it’s suitable for both indoor and outdoor use. Unlike its predecessor, the A62 supports the 802.11ac Wave 2 standard. It’s also Open Mesh’s first tri-radio product, with one 2.4 GHz and two 5 GHz MU-MIMO radios.

“That just allows for much greater throughput and client capacity,” Detwiller says. The system can accommodate up to 150 simultaneously streaming devices, 50 percent more than the A60.

Despite the capacity upgrades and other changes, the A62 sells for the same $225 as the A60. It’s expected to reach market early next month.

The revised S24 also supports a 410-Watt power budget, versus 370 in the earlier model. Individual ports can handle up to 30 Watts, with a total budget of 17 Watts per port across all 24 ports simultaneously.

Like the earlier S24, the new one lists at an MSRP of $749. It’s available immediately.

Datto, of Norwalk, Conn., announced that it had acquired Open Mesh late in January 2017, on the same day it shipped the first release of its Datto Networking product line. Included in that portfolio was a router called the Datto Networking Appliance, or Datto DNA. Designed and manufactured by Datto, rather than Open Mesh, Datto DNA is designed for use by Datto’s MSP partners rather than the VARs and solution providers in Open Mesh’s still separate channel, who generally approach networking installations as one-time project work.

“Open Mesh has a somewhat different ecosystem with a different cloud management tool,” Detwiller explains. “This is our first time building a router into that tool.”

ChannelPro 5 Minute Roundup for the Week of January 11th, 2021
Why IT Is Still Great for Career Changers, Even Amid COVID-19
END_OF_DOCUMENT_TOKEN_TO_BE_REPLACED

Jabra PanaCast Review - Get Your Huddle On
END_OF_DOCUMENT_TOKEN_TO_BE_REPLACED