NetSuite and Its Channel Remain Resilient Through Coronavirus 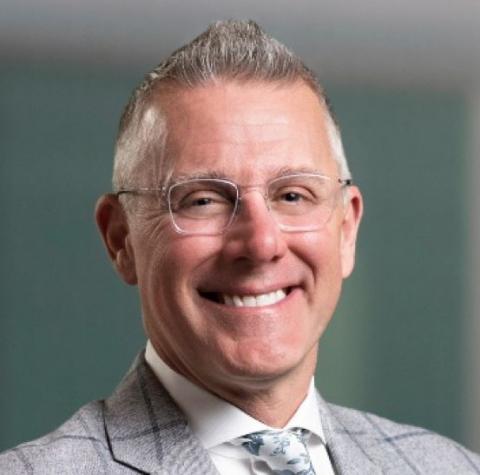 The online ERP vendor and its partners continue to profit from a software and services opportunity that few VARs hungry for richer cloud margins are exploring, according to channel chief Craig West (pictured). By Rich Freeman
Tweet

Pity poor NetSuite. The cloud ERP pioneer’s revenue, which was climbing north of 30% a quarter on an annualized basis back in 2019, rose a mere 24% in the Oracle division’s most recent quarter, which concluded in February.

That, of course, is despite a global pandemic that’s now over a year old.

“We’ve had an amazing string of quarters really since COVID-19,” says Craig West, the vendor’s vice president of channel sales. “At our scale, to continue to be growing at those kinds of growth rates is pretty remarkable.”

West points to the nature of NetSuite’s customer base to explain that achievement.  Many of the company’s users are prospering SMBs that have outgrown QuickBooks and cloud-first companies that view technology like online ERP systems as a potential source of strategic advantage. Neither kind of organization, according to West, is likely to postpone a business application investment for long.

“The NetSuite buyer is a very resilient buyer,” he says.

NetSuite partners deserve credit for resilience during the coronavirus era too, West continues. Implementing an ERP solution is normally a complex process involving lots of face-to-face contact that’s been impossible for months.

“They all pivoted their methodologies and the way they support their customers,” West observes. “As difficult as it is to have been through, I think we can look back and say it’s really kind of a great success story, honestly.”

Another number that’s held strong for NetSuite, according to West, is the expansion of its channel, which currently contains approximately 700 companies.

“In our core partner programs, in the last 12 months we added the same number of partners we had in 12 months before that,” he says. “The run rate of folks wanting to invest in building NetSuite practices has just continued.”

West is looking for more partners, including among channel pros. Newcomers to NetSuite’s partner program tend to be IT providers with existing ERP expertise or accounting firms looking to add an IT practice. “We have historically not seen a big rush of the traditional VARs to move to business apps,” West says.

But that, he contends, is a lost opportunity for VARs and MSPs alike. For starters, West notes, margins on NetSuite licensing are more generous than what most cloud vendor offer. “We’ll pay as much as 50% of the first-year subscription and revenue share to our partners, and we pay as much as 30% on the renewals to our partners,” he says.

There’s even more money to be made on consulting, migration, and deployment. “The attach rate is great,” West says. “We sit anywhere between 1x to 3x in services to stand up these projects.”

Businesses think twice about firing a NetSuite partner too, he continues, given the critical role ERP software plays in their operations. “Customers are sticky when you run their IT,” West notes. “You create unbelievably durable, valuable relationships with your customers when you mind their business applications.”

Becoming an ERP partner has gotten easier recently as well. Buyers used to look for services from local providers. Now that collaborating in Teams and Zoom has become routine, though, location no longer looms as large in hiring decisions.

NetSuite and Its Channel Remain Resilient Through Coronavirus
April 19th, 2021

Jabra PanaCast Review - Get Your Huddle On
END_OF_DOCUMENT_TOKEN_TO_BE_REPLACED