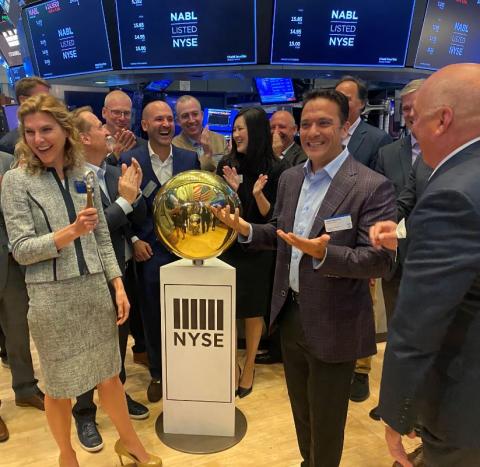 The result for partners, the now independent, publicly-traded company says, will be increased investment in products and MSP success. By Rich Freeman
Tweet

N-able has officially completed its spinoff from parent company SolarWinds to become an independent, publicly-traded corporation.

The transaction, first broached close to a year ago and formally scheduled last month, turns the organization once known as SolarWinds MSP into a free-standing business with 1,300 employees, 25,000 partners, and a crystal clear mission, according to Mike Adler, N-able’s chief technology and product officer since April.

“We are solely focused on making our partners successful and making N-able successful,” he says. “We don’t have any ties back [to SolarWinds] or any other distractions to worry about.”

The result for MSP users of N-able software will be more resources and better service, according to Mike Cullen, the company’s group vice president of partner enablement. “This actually gives us the ability to invest more in our partners,” he says. “They should expect nothing but a higher quality of support from us.”

N-able has in fact already been investing in partners since last year in anticipation of today’s milestone, adds Cullen, noting that the company has hired 100 people onto its partner success team since then. “They’re all going in just to help our partners find value in our products and our programs,” he says.

Other preparations for the spinoff, according to Adler, have included building out a brand-new IT infrastructure outside SolarWinds data centers based on Microsoft Azure and Microsoft 365.

The new infrastructure is safeguarded by a security architecture also built from scratch. “If you’re going to create from new, you can definitely look at best practices and standards,” Adler says. “We’ve invested in security to make sure that we have all of the areas of security—whether it’s our infrastructure or our products or the hosting that we do—ready and able to protect our customer’s information.”

Security has been a source of concern for many N-able partners since late last year, when word of a massive supply chain attack on users of SolarWinds’s Orion management platform made global headlines. None of N-able’s products were compromised or affected by that breach.

Per comments by N-able President and CEO John Pagliuca last month, SolarWinds no longer has an ownership stake in the newly independent N-able. Private equity firm Thoma Bravo, however, is one of the company’s largest shareholders, along with fellow investor Silver Lake Partners. Three of the eight people on N-able’s board of directors either work for or advise funds managed by Thoma Bravo, which currently owns ConnectWise, Barracuda Networks, and Sophos.

N-able outlined plans to roll out DNS filtering and endpoint analytics functionality, along with longer-term plans to add cloud management, sales quoting, and other solutions to its product suite, last month. According to Adler, acquisitions could play a role in realizing those objectives now that N-able is a stand-alone entity.

LG Gram for Business 17 (2020): Big Reasons to Like It
END_OF_DOCUMENT_TOKEN_TO_BE_REPLACED