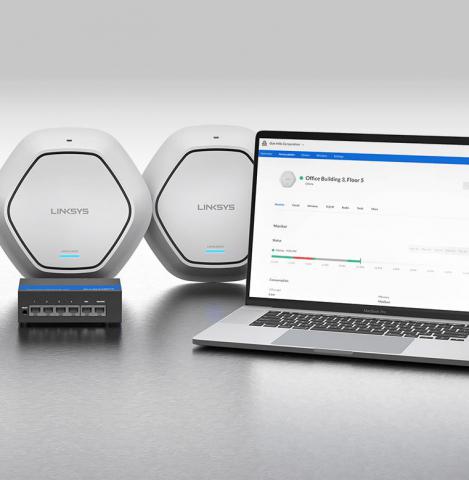 Slated to ship on October 21, Linksys Cloud Manager 2.0 expands on functionality introduced with the original edition, adds new technology that lets end users with guest networks create customized sign-on screens, and strips out features from the earlier release that mostly got in the way, according to John Minasyan, director of product development for Linksys Business.

“We’ve really honed down the functionality and what we’re delivering to the market to address the specific needs of our channel partners and the MSPs that we’re targeting,” he says.

Like its predecessor, which reached market in September 2018, version 2.0 of Cloud Manager is compatible with products in the Linksys Business line of Wi-Fi access points for SMBs. Unlike the previous release, which stored interface software directly within network hardware, the new one is 100% hosted in the cloud.

“This is built from the ground up with only cloud management in mind,” Minasyan says, noting that the end result is significantly improved system performance. “It’s much, much faster.”

The new Cloud Manager also comes with a streamlined version of the earlier product’s zero-touch provisioning feature that requires fewer clicks to get newly deployed access points up and running. Always a productivity booster for IT providers, Minasyan notes, zero-touch provisioning is an especially valuable capability in the midst of a still-raging pandemic.

“I can provision, configure, manage, and decommission a network entirely from my remote location without ever having to do a truck roll to the site,” he says. “The notion of having a technician get in a car, go out to a customer site, and adjust network settings is not only inconvenient, it’s probably now also dangerous.”

“Whether you’re connecting to it via a smartphone, a tablet, or a laptop, the image will scale automatically so that the impression, the brand essence, that you’re trying to convey to your clients is exactly the same across all of the mobile platforms that people use today,” Minasyan explains.

MSPs, he continues, can charge one-time project fees for setting up splash screens or include the service for free in a recurring revenue package.

Cloud Manager’s centralized, online backend ensures that users who logon to an company’s guest network multiple times at multiple sites need only authenticate themselves once. According to Minasyan, that will make the captive portal feature especially attractive to K-12 school districts, retailers, and other organizations with more than one location.

The new version of Cloud Manager also offers a lifetime license good for as long as the system remains a supported part of the Linksys portfolio, plus three years thereafter. Version 1.0, by contrast, came with a five-year license.

Free, unlimited technical support is available for the product as well from 5:00am to 11:00pm Pacific time, Monday through Friday.

ICYMI: Our Channel News Roundup for the Week of April 12th
How CompTIA Membership Can Help Evolve Your Business with Emerging Tech and Solutions Selling

The HR Manager’s Guide to Hiring IT Pros

Jabra PanaCast Review - Get Your Huddle On
END_OF_DOCUMENT_TOKEN_TO_BE_REPLACED