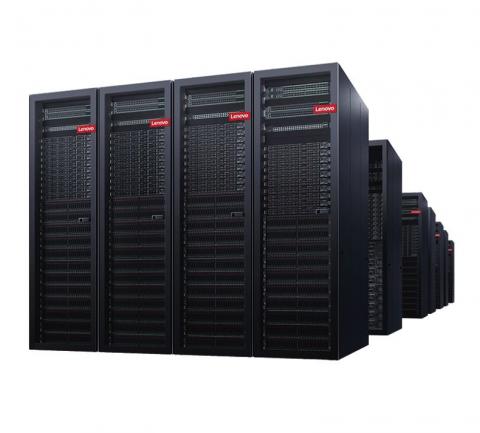 The new offering will let managed service providers pay for server, storage, and networking gear in monthly installments while selling capacity on those resources to customers on an as-a-service basis. By Rich Freeman
Tweet

Lenovo plans to introduce a purchasing program for MSPs who wish to sell data center infrastructure as a service.

The new offering, which will debut in April at the start of Lenovo’s 2022 fiscal year, is designed to let managed service providers sell consumption-based server, storage, and networking capacity to end users from their own private cloud, according to Steve Biondi, the company’s data center channel chief. Partners will own and operate hardware assets themselves, and pay for them in monthly installments over the course of a five-year lease.

“I’m lowering their entry point from a capex standpoint to have platforms on which to provision workloads for their customers,” Biondi says.

Partners will also receive a discount on hardware commensurate with their current partner program membership level. Discounts on software will be available through Lenovo’s alliance relationships with Microsoft, Red Hat, VMware, Veeam, and other software vendors.

“Not only am I going to give them the gear at a very affordable rate, I’m also going to offer to them, if they want, other workloads that they can offer to their customers,” Biondi says.

Lenovo will refresh as-a-service hardware at no additional cost if the company’s processor suppliers—AMD, Intel, and NVIDIA—ship faster chips in the middle of a partner’s five-year term.

“They no longer have to worry about figuring out how to get the next Intel chip set out or the next AMD chips,” Biondi says. “I’m going to handle all that for them, so this becomes a very low-risk entry point for them to get into the managed service space or enhance their current managed service programs.”

Partners will have complete control over everything their customers store on leased gear. “I’m not sharing data,” Biondi says.

Lenovo’s program, the company says, is different because it allows MSPs to sell infrastructure they own directly to customers, rather than resell a vendor’s resources. “It’ll be a partner-led hybrid cloud discussion,” Biondi says.

Other adjustments to Lenovo’s data center partner program slated to take effect April 1st include the addition of a new “platinum plus” tier to the current authorized, silver, gold, and platinum levels. That move comes in response to surging growth at the program’s current peak tier, which has made additional differentiation for elite members necessary.

“We’ve grown our platinum partner footprint by 100% in the small/medium partner space,” Biondi says. “I expect in fiscal ’22 that we’re going to probably double our platinum base again.”

Meet the 2022 ChannelPro Vendors on the Vanguard
END_OF_DOCUMENT_TOKEN_TO_BE_REPLACED