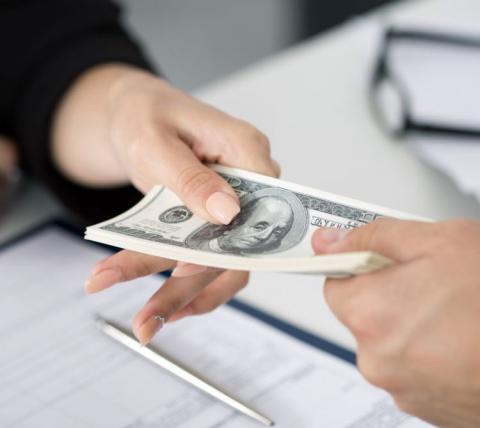 Lenovo, in collaboration with Intel and Microsoft, has introduced a “partner stimulus package” designed to help its North American resellers manage cash flow more easily at a time of slowing economic activity due to the coronavirus outbreak.

Officially announced on the first day of the hardware maker’s new fiscal year, the program replaces the hardware maker’s usual incentive scheme, which bases payments on growth targets that vary partner by partner, with a flat-rate plan. The new arrangement offers more predictability to resellers in urgent need of hard financial data, according to Rob Cato, Lenovo’s vice president of North American channel.

“It’s very easy for them to calculate,” he says.

By simplifying the lengthy reporting process Lenovo would otherwise have to go through at the close of each quarter, Cato adds, the new arrangement also gets money out to partners faster. “Typically, on a target-based program, it would take about 90 days before we would pay them,” he notes. Now partners will receive payment in 30 days instead.

Flat-rate incentives are available to gold- and platinum-level members of the Lenovo Partner Network, as well as the manufacturer’s national solution provider partners.

Financial rewards to salespeople through Lenovo’s sales incentive program, Cato emphasizes, remain unchanged. “We wanted to make sure for the sellers at many of our partners, who are right in the middle of this as well, that they’ve still got the opportunity to earn sales incentives.”

In a further change now in effect, all partners who qualify for the financing program Lenovo operates in collaboration with DLL Group have received a 30-day extension on their credit terms, allowing most of them to remit payment in 90 days. “On average, the majority of the DLL partners today are getting 60-day terms,” notes Cato, who adds that the extra time will help end users impacted by the stagnant economy preserve cash as well as partners.

“Many of the customers that they’re serving are also in a difficult spot,” he says.

All of the stimulus package’s provisions are effective now through the end of Lenovo’s first fiscal quarter on June 30th, but could be extended further. “We’ll continue to evaluate it as we go through the quarter,” Cato says. “I wish I had a crystal ball that would tell us what the marketplace and the economy are going to look like as we go into the second half of the calendar year, but right now we want to make sure we’re addressing what we see right in front of us.”

One offer combines a Nano M90n bearing an Intel i5-8265U processor, 8GB of memory, and 256GB of storage with Microsoft Windows 10 Professional, a Lenovo T23d monitor, and Lenovo Premier Support. It sells for $709, versus what would normally be a $998 list price. The second bundle features an M90n with the same memory, Windows license, monitor, and support but an i5-8365U chip and 512GB of storage. That one goes for $799 rather than $1,148.

ICYMI: Our Channel News Roundup for the Week of April 5th
END_OF_DOCUMENT_TOKEN_TO_BE_REPLACED

Jabra PanaCast Review - Get Your Huddle On
END_OF_DOCUMENT_TOKEN_TO_BE_REPLACED