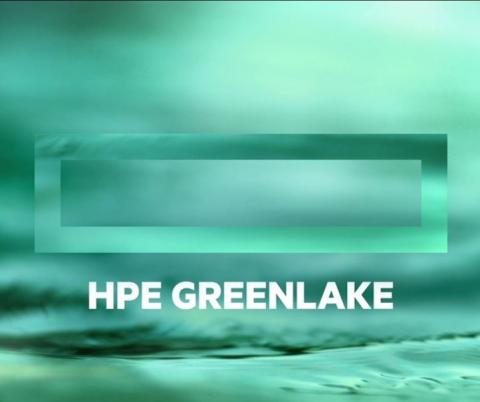 Many of the updates are designed to help the company grab a greater share of the SMB market and accelerate sales of as-a-service solutions like HPE GreenLake. By Rich Freeman
Tweet

Hewlett Packard Enterprise has outlined enhancements to its Partner Ready Program designed to help it capture a bigger share of the SMB market and expand sales of as-a-service infrastructure.

The updates and upgrades, which build upon plans announced in September at HPE’s Virtual Distribution Partner Conference, will unfold over the course of the company’s 2021 fiscal year, which commenced last week.

In a bid to help partners focus on growth amid uncertain market conditions, HPE stressed, base requirements for Partner Ready, including revenue targets, competency qualifications, and requirements for earning sales and technical certifications, will remain unchanged from standards established in the 2020 fiscal year.

Among the SMB-focused changes being introduced are new geography-specific incentives and bonuses for SMB deals through HPE’s ENGAGE&GROW loyalty program as well as the company’s financial services group.

In addition, HPE is expanding co-selling opportunities for SMB and mid-market partners through Cloud28+, a hybrid cloud education site and partner locater tool. In the months ahead, the company will step up existing efforts to help solution providers and service providers listed on Cloud28+ join forces on sales leads.

New and existing SMB buyers are a rich potential vein of incremental revenue for HPE and its partners, according to George Hope, who became worldwide head of partner sales at HPE in September. “A lot of our customer base is up market, but we’ve been making a ton of progress over the last few years going further down market, and we want to accelerate that,” he says. “We think there’s an enormous opportunity down there for us to take share.”

HPE is helping partners mine that opportunity in further ways not highlighted in its Partner Ready announcements, Hope continues. “We’re assigning some inside sales reps to them as well, to do some demand generation into the SMB space and help them find opportunities.”

The company is also using MDF dollars to run SMB digital marketing campaigns. A series of SMB “FlexOffers,” introduced in September and designed to let partners customize built-to-order solutions purchased through distribution to an individual buyer’s needs and budget, remain available too.

Helping partners build as-a-service businesses centered around the HPE GreenLake platform is another point of emphasis for the company in the coming year. Partner Ready members will soon have access to a new HPE GreenLake Introduction and Business Planning Workshop designed to help them forge an as-a-service strategy and master GreenLake sales skills.

In September, meanwhile, the company added entry-level GreenLake packages to its Swift sales program. Tailored specifically to SMBs, those configurations sell for as little as $70,000.

“There’s a heavy emphasis over the last half of this year and into next year on doing more to help SMB and mid-market customers and partners buy GreenLake,” Hope says.

Partners will continue earning 17% rebates and 5x sales compensation on GreenLake deals in the new fiscal year as well. A team of sales specialists will also remain available to both SMB and enterprise partners for assistance with GreenLake opportunities.

Meet the 2022 ChannelPro Vendors on the Vanguard
END_OF_DOCUMENT_TOKEN_TO_BE_REPLACED