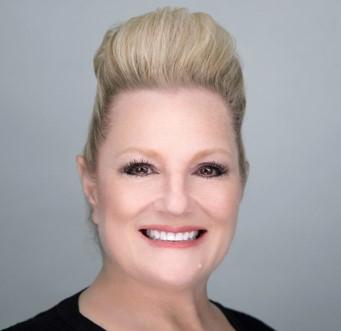 A unified account management team, partner program, and billing process are slated to be fully in place by early next year, according to CFO Kathy Wagner (pictured). By Rich Freeman
Tweet

Some 10 weeks after the completion of Kaseya’s epic $6.2 billion acquisition of Datto, efforts are progressing rapidly to turn two one-time rivals into a single organization that preserves and expands each organization’s strongest assets.

“We’re really one company now, and we’re operating as one company,” said Kathy Wagner, Kaseya’s CFO, during a conversation with ChannelPro today at Datto’s 2022 DattoCon conference in Washington D.C.

Partners who currently have both a Kaseya rep and a Datto one will find out which of those persons continues to support them moving forward within days, according to Wagner, who says Kaseya completed an elaborate process for determining those assignments last weekend. Decisions were based on factors like how many Kaseya and Datto products a given partner uses and how much money they spend with each company. Account teams from both organizations provided extensive input, and could appeal decisions they disagreed with.

Joint Kaseya/Datto partners will similarly be allowed to object to assignments before the new and fully unified account management scheme goes into effect on October 1st. “We’re really trying to work to make sure that everybody gets the account manager they want with as little disruption as possible,” Wagner says.

Work is underway to build a unified post-acquisition business development organization as well. That effort is being spearheaded by Rob Rae, Datto’s senior vice president of business development, and Dan Tomaszewski, Kaseya’s recently named executive vice president of channel, under the leadership of Gary Pica, who joined Kaseya last year following the acquisition of his managed services consultancy.

Top on the team’s agenda is turning what was previously Datto’s partner program into a global partner program for everyone in Kaseya’s channel. According to Kaseya CEO Fred Voccola, that program will ultimately be staffed by a little over three times as many people as today and have twice as much MDF to distribute to members.

“We’re expanding it and we’re investing in it,” he said this morning during a keynote address that outlined other forthcoming investments.

The upshot for pre-acquisition Kaseya partners will be access for the first time to a partner program with defined tiers and benefits, including not only MDF but training programs, sales and marketing resources, not-for-resale licenses, and more.

Datto partners for their part will gain access to Kaseya’s Powered Services sales and marketing enablement team for help in planning and executing local demand generation events. “One of the biggest things that we heard from Datto customers and from the Datto business development team is that people love MDF, but they don’t always know how to spend it successfully,” Pica says.

The new Global Partner Program will feature the same levels as Datto’s former program, and the same set of qualifications for attaining those levels. Members will now get credit toward those requirements, however, for everything they buy either from Kaseya or Datto.