Kaseya Has Investments, Not Cuts, Coming After Datto Purchase 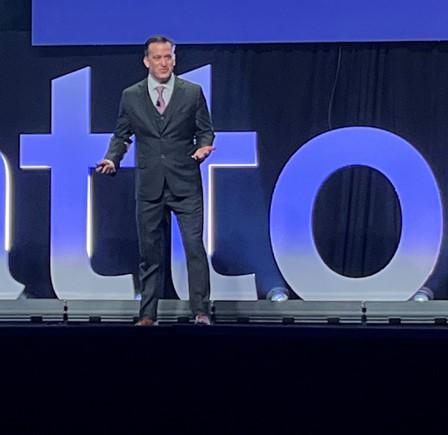 If the $6.2 billion that Kaseya spent earlier this year to buy one-time competitor Datto strikes you like a lot of money, Fred Voccola wants you to know there’s more—much more—where that came from.

“The phrase put your money where your mouth is? That’s what we’re doing,” he says.

Voccola, Kaseya’s CEO, spoke this morning during a keynote address at this year’s DattoCon partner conference, which is taking place in Washington D.C. through tomorrow. Including the cost of the acquisition itself, he said, Kaseya expects to pour some $14 billion into Datto. Far from implementing what some channel pros feared were inevitable cutbacks following the massive Datto transaction, Voccola emphasized, Kaseya will be expanding its workforce in multiple areas.

Those include product development. Together, Kaseya and Datto have 891 engineers on staff as of today. They will have 1,001 by the end of next year, according to Voccola, and 1,216 by the end of 2024. Leaders of Kaseya’s product groups outlined some of the new solutions and updates to existing systems that those coders will be working on during additional keynotes this morning.

Kaseya’s freshly merged technical support organization, meanwhile, will grow from 546 people as of August 22nd to 876 by the end of 2023, a more than 60% increase. Significantly, that enlarged team will employ Datto’s established support processes and be managed by Rob Haggerty, who led Datto’s technical support unit before the acquisition.

“Datto has absolute world-class technical support,” Voccola said in his keynote. “That’s the model of the combined company moving forward. We’re just putting it on steroids.”

“We’re making gargantuan investments in this area,” Voccola said, adding that those investments will enable account reps to spend more one-on-one time with partners than was possible when Kaseya and Datto each had separate, overextended account organizations. Joint Kaseya/Datto partners will learn which of their two current reps becomes their single point of contact with Kaseya going forward within days.

Additional investments in the company-wide Global Partner Program that Kaseya is building based on Datto’s partner program will more than triple the program’s staff and double the amount of market development funds available to it.

Additional funds have been earmarked for retention bonuses, equity sharing, and other measures designed to discourage Datto employees from leaving the company. Some departures are inevitable just the same, according to Gary Pica, president of TruMethods, the managed services consultancy Kaseya acquired last year.

“When there is an acquisition of this size, not everyone’s going to want to stay,” he says, stressing that any such departures will be voluntary and not a result of staff reductions.

“[Voccola] is adamant that we are not cutting anyone who performs,” Pica says. “Not one person, regardless of where they are, will be cut, but there will be people that will leave and want other opportunities.”

ChannelPro 5 Minute Roundup for the Week of January 23rd, 2023
END_OF_DOCUMENT_TOKEN_TO_BE_REPLACED