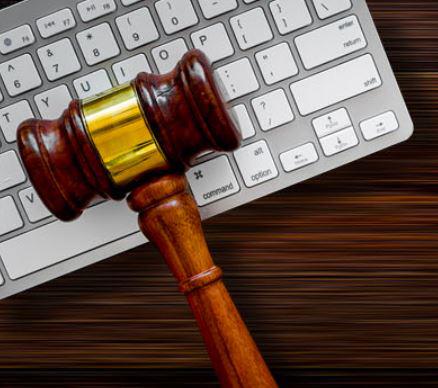 Called Kaseya Compliance Manager, the new system is based heavily on RapidFire Tools’ Audit Guru product. RapidFire Tools will continue operating as an independent business unit, and continue selling, supporting, and enhancing all of the products it offers today. By Rich Freeman
Tweet

IT management software vendor Kaseya Ltd. has purchased RapidFire Tools Inc. and launched a new compliance management solution based on that company’s technology.

Terms of the deal, which Kaseya hinted at in a recent conversation with ChannelPro, were not disclosed.

Headquartered in Atlanta, RapidFire Tools is the vendor behind a portfolio of solutions for MSPs that includes Network Detective, an IT assessment tool currently used by over 6,000 managed service providers; Cyber Hawk, an insider threat detection solution; and InDoc, an entry-level documentation system officially introduced last week, among other solutions.

The most strategic part of its portfolio for Kaseya in the short term, though, is Audit Guru, which helps MSPs and the businesses they serve automate and demonstrate compliance with laws like the European Union’s recently enacted General Data Protection Regulation (GDPR).

“RapidFire Tools has the only automated product suite that MSPs can leverage to deliver that service,” Voccola says. “Compliance is a huge hole in the market and now we have the Cadillac in that space in the portfolio.”

The new compliance management system announced today was developed jointly by Kaseya and RapidFire Tools, which have been collaborating closely for well over a year and which officially completed the acquisition revealed today several months ago. Named Kaseya Compliance Manager and based heavily on Audit Guru, the system is designed to help MSPs manage customer obligations under GDPR, HIPAA, PCI-DSS, and other regulations.

Unlike Audit Guru, Voccola emphasizes, Kaseya Compliance Manager is a fully embedded feature of Kaseya’s VSA remote monitoring and management platform, rather than a separate solution that shares data.

“It’s not just integrated,” he says. “It’s actually a component of the RMM.” The end result for technicians, Voccola continues, is fewer interfaces to master, and therefore greater productivity.

Kaseya has “definitive” plans, he continues, to introduce new products that similarly embed functionality from RapidFire Tools products such as Network Detective and Cyber Hawk directly in VSA beginning several months from now.

Voccola is amenable to integrating every bit as closely with RMM products from other vendors as well.

“I wouldn’t be surprised if in the future we look to build integrations with other RMM providers like Pulseway or Continuum or others where it’s that same level of integration,” he says. “It’s a major investment, so others will have to want to do it, but we’re more than open to doing that and I think that one of our strategies at RapidFire is we continue to do that.”

RapidFire Tools will continue to operate independently under that name as a Kaseya business unit. Michael Mittel, the company’s CEO, will remain in that role as well.

ChannelPro 5 Minute Roundup for the Week of November 21st, 2022
From the Library to the Data Center
END_OF_DOCUMENT_TOKEN_TO_BE_REPLACED