Kaseya Adds VoIP Functionality from Cytracom to its PSA Solution 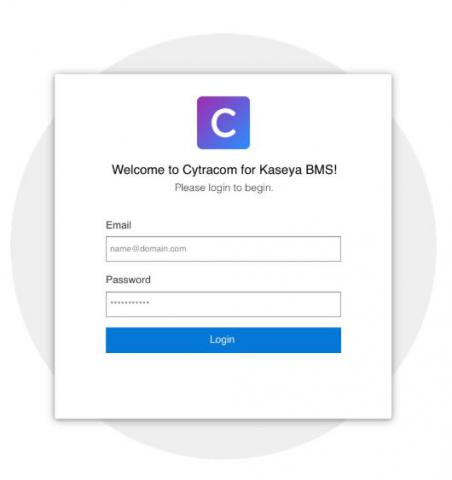 Available at no extra charge to Kaseya BMS users with a Cytracom account, the new feature automatically displays screen pops about inbound support calls and lets technicians create tickets directly from within that window. By Rich Freeman
Tweet

Kaseya has added VoIP functionality from Cytracom to Kaseya BMS, its PSA solution.

The new integration, which debuted during Kaseya’s Connect IT conference today in Las Vegas, automatically opens a window when a customer calls and pre-populates it with relevant account information. Users can then create a service ticket directly from inside that pop-up.

Technicians can also use the cross-platform integration to phone customers directly from existing tickets with a single click. Call recording and detailed ticket call logs are included as well.

BMS users must have a Cytracom account to take advantage of the new functionality, which is provided at no additional charge.

According to Conkle, MSPs have been lobbying Cytracom for direct connections between their VoIP system on the one hand and their PSA solution on the other. “Our partners are asking for it,” he says, adding that the same goes for Kaseya customers.

“They want integration for voice into their PSA tools, so it was a perfect fit,” says Conkle, who emphasizes that the collaboration between Cytracom’s software and Kaseya’s goes beyond typical cross-platform integrations.

“It’s not a third-party add-on,” he says. “It’s native and truly in the BMS code base.” That has short-term advantages for ease of use, he continues, noting that users can enable the functionality by clicking a check box in the BMS settings interface rather than installing and configuring a plug-in.

“It works out of the gate,” Conkle says.

MSPs have slowly begun replacing cumbersome on-premises telephony platforms with more flexible cloud-based solutions, according to Kaseya CEO Fred Voccola. “We’re starting to see a refresh of technology there, and Zane’s company, from what we can see, is the leader in that very early transition,” he says.

Arming partners with latest-generation communication tools ultimately makes them more efficient and therefore more successful, Voccola continues. “The more modern the kit is that the MSP uses to manage their customer, the less service cost they have to incur [and] the more profit they make,” he says. “That’s the MSP model.”

According to Voccola, Kaseya is pondering additional integrations with Cytracom, including automated call-related updates to records in Kaseya’s IT Glue documentation system. “Based on how the next eight weeks goes and how the market perceives this, we will make the determination to continue,” he says. “If I were a betting man, I’d say there’s a greater than 50 percent chance that we will continue to deepen the integration.”