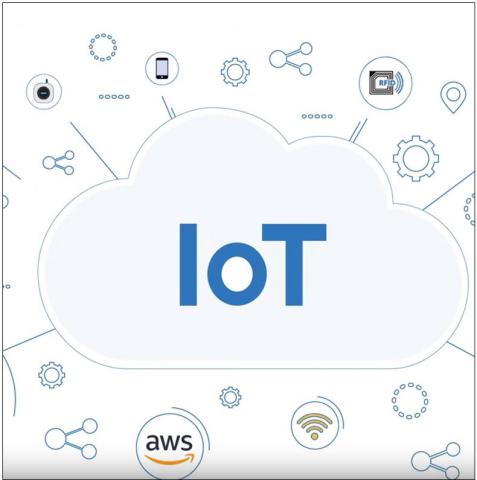 Ingram Micro’s still young foray into the Internet of Things is rapidly entering a new phase marked by deeper engagement with and more extensive enablement of IoT integrators.

Key additions to the company’s strategy for a market that IDC expects to generate $745 billion in global spending this year include the imminent introduction of practice-launching consultation, data mining-based lead generation assistance, a forthcoming IoT-specific conference, and continued expansion of the online IoT marketplace that Ingram unveiled in March.

Those and other activities are all aimed at turning Ingram from a traditional distributor into an “orchestration layer” for IoT and other solutions, according Eric Hembree, Ingram’s director of IoT, who spoke with ChannelPro last week at the 2019 IoT World conference in Santa Clara, Calif.

“We’re orchestrating all the key components and all the partnerships that are needed to be successful in an IoT implementation,” he says.

The IoT marketplace is a significant early manifestation of an Internet of Things strategy that Ingram first showcased last October. Organized around seven core industries, it contains individual solution components, “kits” that bundle relevant components for targeted use cases, and nearly comprehensive IoT solutions. According to Hembree, kits give integrators with existing skills about 60 percent of what they need to roll out IoT implementations. Solutions get newcomers to the market about 90 percent of the way to deployment.

“We’re taking all that guesswork out for the partners,” Hembree says. “It makes it very easy for them to transact and get those solutions up and running.”

At present, there are seven kits and 29 solutions available in the marketplace, along with components from some 30 vendors. “We’re signing contracts and adding more every single day,” Hembree says.

Coming soon, he adds, are “practice builder” sessions designed to help partners with serious IoT aspirations get a solutions business off the ground rapidly. The complex consulting engagements start with a self-assessment survey, proceed to an investigation of the partner’s current business model, and continue into a multi-day series of face-to-face planning discussions. The process culminates with the delivery of a report card mapping out the partner’s top strengths and areas for improvement.

Ingram is informally delivering practice builders on an ad hoc basis today. “We’ll be market-ready probably in two months for us to be more widespread with that,” Hembree says, adding that the company has already drawn up a targeted list of partners it plans to offer practice builder engagements to first. Ingram hopes to get perhaps 30 of those integrators all the way through the program by the end of this year.

‘We’re going for deep partnerships here, not necessarily just trying to cast a wide net, because our program is so in depth, so detailed, that we can’t fully manage hundreds of partners throughout this program,” Hembree says.

Ingram competitor Tech Data announced an IoT Solutions Factory with offerings similar to those available through Ingram’s marketplace two weeks ago. It has also offered practice builder engagements of its own since late in 2017.