For Ingram Micro, Partner Tools are a Means to Larger Cloud Ends 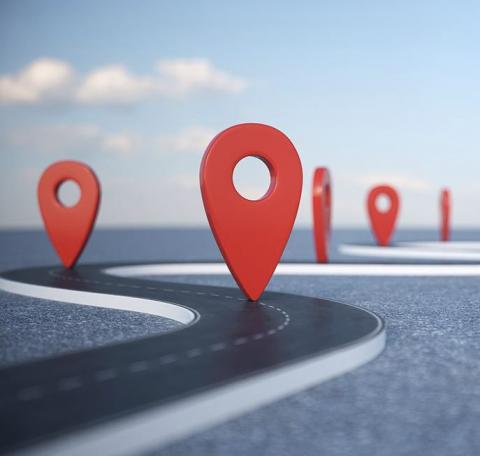 The distributor has added PSA software and, more recently, a revenue management system to its CloudBlue platform in a bid to give partners more time for building value-added solutions by automating manual operational chores. By Rich Freeman
Tweet

It’ll take far more than tools for channel pros to transition from a transactional age of IT defined by one-time product sales to the new era of cloud-based solutions and everything as a service. But without tightly integrated tools that automate cumbersome operational processes, Ingram Micro believes, few of its partners will complete that journey successfully.

“We want to allow our customers to move away from what I call undifferentiated heavy lifting to be able to focus on areas where they can truly add value for their customers,” says Rajesh Marar, vice president of cloud channel platform in Ingram Micro’s cloud computing group.

That unit’s two biggest announcements of the year so far both reflect that ambition. First, in March, Ingram revealed that it had acquired Harmony Business Systems and integrated a customized version of that company’s flagship solution called CloudBlue PSA with its CloudBlue B2B ecommerce enablement platform. Next came word last month of a second solution based on Harmony’s software called CloudBlue Rev that’s specifically designed to streamline revenue management. For the moment, both products are available only in the U.K., but Ingram plans to release them in the U.S. too as early as late next month.

The newer of the two systems, CloudBlue Rev, is a sort of starter edition of CloudBlue PSA focused on tasks that growing partners new to cloud payment and billing models often struggle with, according to Marar: creating quotes, preparing invoices, and reconciling as-a-service income against expenses.

“We have customers sometimes spending days in every month and cycle trying to do that,” he says.

CloudBlue PSA addresses that issue, but supplements that functionality with modules for ticketing, lead generation, among other things, and implementing all of those features takes time. “What Rev does is give people a faster, quicker turnaround time to get onboard,” Marar says, noting that users can upgrade to the full-blown PSA system later if they wish.

Monthly fees for CloudBlue Rev support up to five users and, according to Ingram, compare favorably with competing products offering similar functionality. At present, the system integrates with over 20 accounting systems and other solutions, as well as Zapier, a popular third-party integration engine with connectors to over 3,000 applications. Similar support for Microsoft Power Automate, a Zapier-like service with links to some 350 systems, is in the works.

Unlike CloudBlue PSA, which provides consolidated access to a variety of cloud marketplaces, Rev connects only to Ingram’s backend. Those connections extend beyond CloudBlue, however, to tools partners use to order other products and services.

“Now they can get a unified view pretty much of their entire relationship with us,” Marar notes. That’s significant, he continues, because it allows users to accompany cloud-based software with subscription-priced hardware and margin-rich services when quoting and billing their customers.

“If you look at the trends, it’s everything as a service,” Marar observes, adding that businesses are also increasingly looking for technology partners capable of providing complete, strategic solutions, rather than mere products. Channel pros who can meet that demand, he continues, enjoy not only stronger customer relationships as a result but higher profits than they can make selling PCs and commoditized SaaS offerings like Microsoft 365 alone.