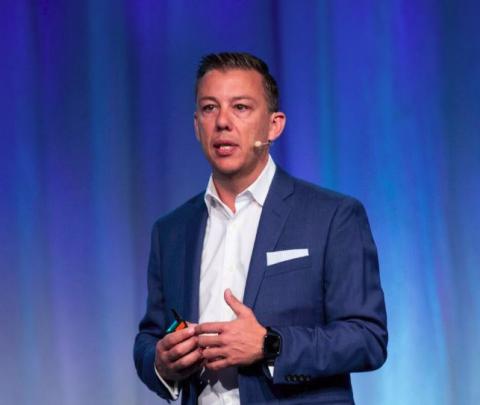 Named CloudBlue and spun off from the distributor’s global cloud group, the new unit consolidates orchestration, provisioning, and billing assets acquired over nine years at a cost of more than $500 million, including the Odin Automation and Ensim cloud platforms. By Rich Freeman
Tweet

Ingram Micro Inc. has spun its cloud commerce platform technologies off from its global cloud organization as an independently operated division.

Called CloudBlue, the new unit will sell, manage, and support an expansive set of orchestration, provisioning, billing, marketing, and management technologies acquired by Irvine, Calif.-based Ingram over a nine-year span at a cost of more than $500 million.

Ingram’s global cloud group, which was previously responsible for those assets, is now essentially a CloudBlue customer, along with 200 of the world’s biggest cloud service providers, including Sprint, CenturyLink, O2, and Telstra. Ingram has long used cloud offerings like its Odin Automation platform internally to power the cloud marketplace its reseller partners use, while also selling them externally to end users with large-scale cloud commerce requirements.

“We humbly believe that today we’re on the cusp of a new chapter, a new journey, and a new movement,” said Dufty this morning during a keynote address at the ninth annual Ingram Micro Cloud Summit, which is currently taking place in Boca Raton, Fla.

At launch, Dufty asserted, CloudBlue is the “world’s largest hyperscale cloud platform.” Constructed by over 700 engineers across some 6,000 people hours of effort, the system currently hosts over 200 cloud services offered by more than 80,000 resellers supporting over 27 million end user seats in greater than 45 countries.

Ingram, which reported a 13 percent jump in revenue during the first quarter of its current fiscal year yesterday, has been methodically assembling CloudBlue’s piece parts since 2009. Key transactions in that process include its purchases of cloud orchestration software maker Flexiant in 2017, cloud distributor Ensim Corp. in 2016, and the Odin Service Automation platform from Bellevue, Wash.-based Parallels Holdings Ltd. in 2015.

“We’ve taken the best of all those partners and we’ve created CloudBlue,” said Dufty this morning.

The new platform’s mission, he continued, is to enable partners of all kinds to prosper in the emerging online economy by rolling out “anything-as-a-service” offerings rapidly and cost-effectively.

“Our vision is really to help you power, participate, and monetize in the new digital revolution,” Dufty said.

“All these great integrations with all these great partners are only useful if you can actually take it to market,” said David Wippich, Ingram’s CTO and senior vice president for global cloud, this morning.

LG Gram for Business 17 (2020): Big Reasons to Like It
END_OF_DOCUMENT_TOKEN_TO_BE_REPLACED