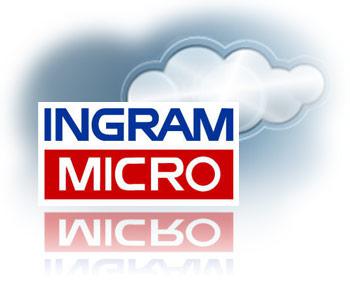 The new offerings give partners multiple ways to resell services in Ingram Micro’s cloud marketplace via their own websites. By Rich Freeman
Tweet

Ingram Micro Inc., of Irvine*, Calif., has rolled out three new ways for channel pros to resell cloud services to end users through their existing websites:

Announced in conjunction with the seventh annual Ingram Micro Cloud Summit, now underway in Phoenix, all three cloud delivery options are based on the Odin service automation platform that Ingram Micro acquired from Bellevue, Wash.-based Parallels IP Holdings GmbH in December. According to Renee Bergeron, Ingram Micro’s vice president of cloud computing, the new services are designed to serve the channel’s diverse needs and preferences when it comes to selling cloud services online.

“We recognize that channel partners aren’t all planning to adopt the same business model, the same strategy, when it comes to their cloud business, and we have a different platform that can meet their needs regardless of what their strategy is,” she said in a pre-conference interview with ChannelPro-SMB.

The new offerings join a wide range of existing reseller-oriented cloud storefront and e-commerce solutions from other vendors and distributors. According to Bergeron, however, Ingram Micro has the resources to invest in its services on a scale other providers can’t match.

“None of them has the financial backing of an Ingram Micro,” she says of competing platforms.

In addition, she continues, Ingram Micro's new services enable partners to tap into Odin’s sophisticated, proven cloud e-commerce code base and Ingram Micro’s established relationships with some 1,700 vendors. That latter advantage, Bergeron notes, spares VARs from having to create and maintain contracts with multiple suppliers on their own and enables them to pay those companies all at once rather than separately, using the consolidated invoicing functionality Ingram Micro introduced last month.

Today’s announcement comes just days after Ingram Micro’s pending acquisition of Ensim Corp., of San Jose, Calif., a cloud services distributor with its own online services marketplace. According to Bergeron, Ingram Micro ultimately plans to integrate Ensim’s platform with the other services it launched today.

“The Ensim platform, the Ensim marketplace, will become one of the platforms in the [Ingram Micro] ecosystem of cloud,” she says.

Additional forthcoming enhancements to the distributor’s cloud storefront services include a new set of control panels and significant user interface changes aimed at increasing the platform’s usability. Those updates will appear over the course of 2016, says Bergeron, who declined to specify release timing more precisely.

* Corrected from original version, which incorrectly identified Ingram Micro headquarters as being in Santa Ana, Calif.