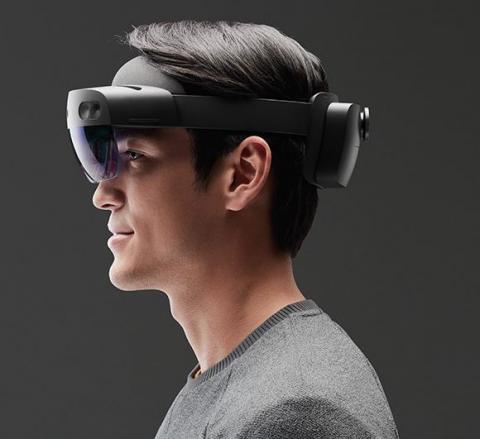 When they reach market later this year, the new mixed reality goggles will be the latest addition to Ingram’s rapidly expanding portfolio of products and solutions for the Internet of Things. By Rich Freeman
Tweet

Ingram Micro has been authorized by Microsoft to market, sell, and support its HoloLens 2 mixed reality goggles worldwide.

The distributor revealed the new pact on the eve of its first-ever IoT Summit event, which takes place in Irvine, Calif., this Wednesday and Thursday.

Ingram’s global Internet of Things practice, which became operational in 2017 and reached the U.S. the following year, will oversee the HoloLens 2 portfolio.

“It’s an exciting time of innovation, collaboration and change across the IT industry—especially when it comes to IoT and immersive technologies where the business applications are growing exponentially,” said Mike Zilis, executive vice president and group president at Ingram Micro, in prepared remarks. “We’re seeing a growing demand for mixed reality and IoT in a variety of vertical markets across the globe. Microsoft’s HoloLens 2 brings vast business opportunities to the IT channel which will be supported as part of our global practice and our broader IoT go-to-market with our channel partners worldwide.”

Ingram plans to take a phased approach to introducing HoloLens 2 globally, starting in North America and select areas of EMEA and the Asia Pacific region. Microsoft has yet to specify a launch date for the product, except to say that it will reach market this year. Ingram expects the device to become generally available in the U.S. during the fourth quarter of the year.

“Ingram Micro’s integrated IoT and mixed reality strategy is aligned with Microsoft’s vision of intelligent edge and intelligent cloud computing, and will help us jointly enable businesses across the globe to work smarter using and learning from the experience HoloLens delivers,” said Matt Fleckenstein, head of mixed reality marketing at Microsoft, in a press statement. “Microsoft is pleased to expand our relationship with Ingram Micro and work across the organization to bring HoloLens 2 to the global channel.”

Though somewhat late to the IoT space in comparison with leading rivals like SYNNEX and Tech Data, Ingram’s U.S. IoT unit has made significant strides in the last year, including the launch in March of an online marketplace stocked with products, kits, and end-to-end solutions for multiple vertical industries.

Developing a consulting program aimed at helping channel pros get IoT practices up and running quickly, executing a business intelligence campaign designed to identify potential IoT sales opportunities for partners within their current customer base, and creating a database that partners can use to locate other channel pros with complementary capabilities have been among the program’s priorities since then.

Executives from Microsoft, Verizon, and Cisco are all slated to speak at the IoT Summit event, which will also feature live demos and case studies of real-world IoT solutions.