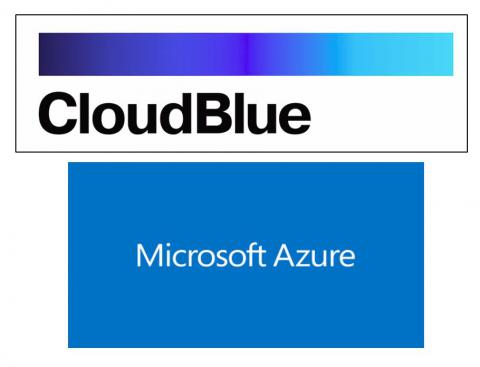 The deal includes an agreement by Irvine, Calif.-based Ingram to host CloudBlue on the Microsoft Azure public cloud as well.

Ingram announced the Microsoft partnership and launched CloudBlue at the 2018 edition of its annual Cloud Summit event, which is now taking place in Boca Raton, Fla.

Described by Ingram as “the world’s largest hyperscale cloud platform,” CloudBlue combines and integrates assets accumulated at a cost of more than $500 million over a nine-year span. Those include the Odin Automation platform, which Ingram bought from Parallels Holdings Ltd., of Bellevue, Wash., in 2015, as well as technologies acquired along with cloud orchestration vendor Flexiant in 2017 and cloud distributor Ensim Corp. in 2016.

Microsoft, for its part, gains a significant competitive win for Azure through the deal.

“We’ve been doing business together for decades and this really launches us into a whole new era of business together,” says Gavriella Schuster, Microsoft’s corporate vice president for commercial partners, channels, and programs. “It’s just a whole new way for us to engage and create stronger reach for both Ingram and Microsoft throughout the ecosystem, and create a stronger ecosystem together.”

The agreement will also arm Microsoft and Ingram alike to help mutual customers build and launch cloud-based services more swiftly, according to Richard Dufty, Ingram’s senior vice president of cloud platform and services, who will run the CloudBlue business unit.

“Our customers are looking and partners are looking for easier ways to do business,” he says. “This really is an out-of-the-box partnership that enables that very fast kind of acceleration and scale and enablement.”

Odin Automation and the rest of CloudBlue’s formerly independent component technologies ran on a variety of underlying cloud infrastructures. According to Dufty, Ingram chose to re-platform the entire solution on Azure based on the depth and length of its relationship with Microsoft, as well as the technical strength of the Azure platform.

“We needed a partner that we could rely on,” he says. “When we think about the pace of change that our customers expect from us we needed to rely on a partner that could give us that same level of technology and pace to enable us to be successful with our partners.”

Targeted chiefly at telecommunication vendors and major cloud service providers, as well as large VARs and MSPs, CloudBlue reflects a broader effort on Ingram’s part to expand beyond its base of support among SMBs into the enterprise market as well.

Microsoft stated its intention to place new emphasis on selling Azure-based solutions alongside its partners at its latest Inspire partner event, last July.

ChannelPro 5 Minute Roundup for the Week of January 13th, 2020