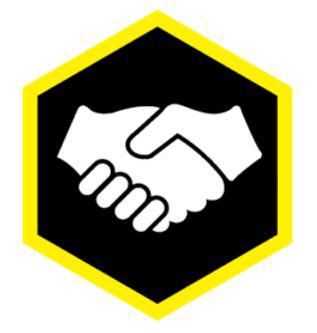 The upshot for MSPs is fewer transitions between management interfaces and shorter response times to dangerous vulnerabilities, according to Kevin Lancaster, Bowie, Md.-based ID Agent’s CEO.

Lancaster previewed a series of forthcoming integrations in a conversation with ChannelPro last month. The Autotask interoperability announced today is the first of those rollouts.

The new feature is available within ID Agent’s command console today. Users need only enable the functionality, authenticate their Autotask account, and link customer accounts in ID Agent with their counterparts in Autotask.

“It’s a very, very straightforward process,” Lancaster says. “If it takes 15 to 20 minutes I’d be surprised.”

Sold exclusively through the channel since May of last year, ID Agent’s solution searches the black market where identity thieves do business for user names and passwords associated with an MSP’s accounts.

The company plans to use modified versions of the new Autotask API to link its system with other popular PSA solutions soon. Integrations with both RMM and security solutions are in development as well. According to Lancaster, the security integrations in particular would give MSPs a “360-degree” view of vulnerabilities within and beyond a customer’s environment for the first time. “There’s some really exciting ones that we’ve mapped out,” he says.

An earlier integration linked ID Agent’s solution to Network Detective, the vulnerability assessment offering from RapidFire Tools, of Atlanta, which is now a business unit of IT management software maker Kaseya Ltd. That interface lets channel pros preparing a Network Detective report view up to five email addresses and passwords per customer domain, as well as an aggregate count of all exposed credentials associated with that domain, at no additional cost. Users who wish to see complete data for a customer can then buy a full-blown ID Agent license via a specially constructed website.

An even earlier ID Agent integration exported data to the Infusionsoft CRM platform. MSPs have found the visceral impact of sharing stolen login credentials with potential customers to be a powerful sales tool.

Integrating with an even wider array of managed services tools will be a key priority for ID Agent over the year to come. “We have to enable our partners, we have to work in collaboration with them, and part of that is providing them the connections to the tools that they’re using,” Lancaster says. “The more that we can do to empower them within the tools they’re using, the better partner we become.”

Numerous vendors have expressed interest in being part of that initiative, he continues. “We probably get an inquiry or two a day from different vendors throughout the space looking in some form or fashion to partner with us or integrate with us,” Lancaster says.

ID Agent, which had no partners 17 months ago and 800 as of August, now has over 1,000. “We’re signing hundreds of partners a month now, and some of that is our investment in being flexible and doing things like this,” Lancaster says.