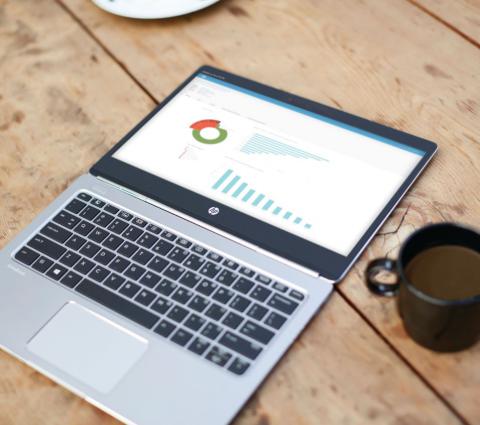 The new offerings include a security package aimed at small businesses and an outsourced service intended for midsize companies. The small business system, called HP Pro Security Edition and due later this year, is a combination of HP’s Sure Sense Pro and Sure Click Pro products plus support services that users will have the option of buying along with selected HP commercial PCs.

“It works out of the box,” says Ian Pratt, HP’s global head of security for commercial systems. “You can just buy a machine from HP, you can choose the HP Pro Security Edition bundle with that machine when you buy it, and it will ship from the factory with the software pre-installed on it.”

Sure Sense is an artificial intelligence-powered antimalware solution introduced last April. Sure Click is a built-in hardware isolation system based on technology HP acquired with security vendor Bromium last September.

“Whenever you click to open an email attachment [or] click on a link in the browser, within a fraction of a second we’re able to make use of the virtualization capabilities that are built into CPUs to create a new virtual machine,” explains Pratt, who was formerly Bromuim’s president.

Unlike traditional antivirus software, which attempts to block threats, and endpoint detection and response systems, which identify and mitigate attacks as they happen, Sure Click confines an exploit to a virtual holding pen sealed off from the rest of the device’s hardware and software.

“It’s running away, able to do whatever it wants, but it’s contained within this virtual machine,” Pratt says “As a result, it’s going to have no impact on other virtual machines running on the system or the underlying physical system, or other machines that are on your intranet.”

Three-year HP Pro Security Edition licenses will be an optional add-on for 2020 EliteBook 800 series laptops starting this summer, and all 2020 HP Elite and Pro PCs later in the year.

“When buying a machine, you’ll just order a special part number for the SKU that has HP Pro Security built in,” Pratt says.

The software will arrive fully configured and ready for use after a simple activation process, HP says. Once running, it requires no administration by IT professionals, according to Andy Rhodes, general manager and global head of HP’s Commercial Systems group.

“It’s an easy to buy, easy to own, easy to deploy, easy to manage solution for smaller organizations,” he says, adding that automated systems requiring little human assistance are exactly what such organizations need.

The new offering for medium businesses, named HP Proactive Security, takes the same core ingredients of HP Pro Security Edition—Sure Sense Pro and Sure Click Pro—and adds outsourced management services plus predictive analytics from HP’s ThreatPulse platform. Buyers can use it to protect Macs and Android devices in addition to PCs. In pilot deployments with select customers today, the product is scheduled to become generally available next month.

Think Hybrid When Thinking Cloud, HPE Says
How Can You Engage 100% of Your Employees? DEI Initiatives Are a Great Start
END_OF_DOCUMENT_TOKEN_TO_BE_REPLACED

Jabra PanaCast Review - Get Your Huddle On
END_OF_DOCUMENT_TOKEN_TO_BE_REPLACED