HP Introduces Security as a Service for Windows 10 Endpoints 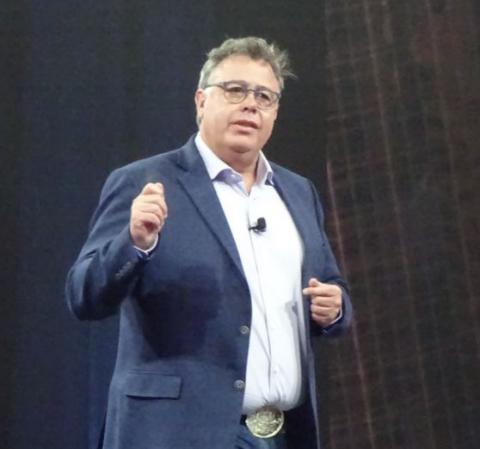 In a significant expansion of broader efforts aimed at providing subscription-based services alongside hardware, HP Inc. has entered the security-as-a-service (SECaaS) market.

“This is the world’s most advanced Windows 10 service for files and browsing, where you’re most vulnerable,” said Alex Cho, HP’s president of personal systems, in a morning keynote at Reinvent.

Threat analytics supplied by HP’s TechPulse predictive monitoring service provide device security status information and data on attempted and blocked attacks. That feature is an important differentiator, according to Kobi Elbaz, vice president and general manager for HP personal systems in the Americas. Blocking attacks is one thing, he notes.

The service also includes access to a team of security-trained service experts tasked with helping subscribers respond to alerts and performing quarterly security threat assessments. Subscribers in the U.S. can also utilize risk assessment services, incident response support, and cyberinsurance from Aon, a global provider of insurance and professional services. A security self-assessment tool and scorecard are available from Aon too.

Subscribers can choose between standard and enhanced versions of the new service. The former is a self-managed option that requires users to enroll devices and contact HP for assistance themselves. The latter, which is available only to enhanced and premium members of HP’s DaaS program, provides an onboarding manager to assist with installation and configuration, as well as monitoring and support from HP Service Experts.

HP introduced its device as a service offering in June 2016, and added support for hardware from Apple roughly a year ago. Along with HP’s managed print services, the DaaS program is a core element of the manufacturer’s ongoing efforts to meet swelling demand, especially among younger buyers, for “everything as a service” offerings at subscription-priced rates.

“We’re moving from being a highly transactional organization to an organization that’s really centered around products and engineering experiences that amaze but coupling them with services and solutions that make sense on behalf of customers,” says HP CEO Dion Weisler.

At present, according to Elbaz, heaviest adoption of DaaS services is occurring among larger businesses. “Today, we see most of the interest coming from mid-market and above,” he says, “but I believe it will very quickly go down to the SMB customer.”

HP plans to enhance its existing as-a-service products and roll out additional ones in the months ahead. “This is a strategic area for us, and you should expect us to continue to invest in this area,” Elbaz says.