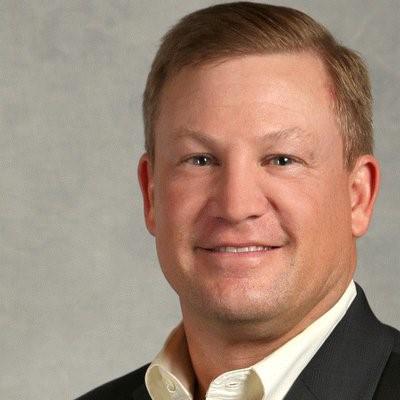 According to North American channel chief Rob Cato (pictured), partners will ultimately get quotes on pending deals in hours and potentially minutes. The company has a gamification-based training app and other new enablement resources on the way as well. By Rich Freeman
Tweet

Lenovo has faster price quotes, a revamped partner portal, and new training resources in the works for the coming year, according to Rob Cato, the company’s vice president of North American channels.

Cato spoke with ChannelPro in advance of the CES 2020 conference, which takes place this week in Las Vegas. Lenovo previewed a slew of new ThinkPad and smart office products ahead of that show last week, and unveiled additional products for SMBs and consumers today.

The new portal, which is due to launch toward the middle of the year, will have enhanced search capabilities and customized dashboards based on various role-based “personas”. It will also include a tool that lets partners get pricing on pending deals much more quickly.

“Ultimately, we want to get this down to a matter of hours, and potentially even minutes, that a partner would be able to submit something and potentially get that approved,” Cato says.

Meeting that target would build substantially on progress Lenovo made in 2018 when it launched a “partner auto quote” tool that delivered pricing to partners within 24 hours, in most cases, versus four to five days previously.

Coming as well from Lenovo later this month or early in February is a new partner training app that will use gamification functionality to engage users more deeply in sales and technical education courses. The company also plans to introduce an expanded set of vehicles for communicating with its channel this year, including podcasts and on-demand videos. “We want to have best in class communications out to our partners,” Cato says.

Investments like those are part of a larger effort by Lenovo to grow market share among SMBs. “Our partners drive the majority of our sales for our SMB segment today,” Cato observes. “We need to continue to have more partners offering Lenovo, selling Lenovo, out there in the marketplace, especially as we want to go grow our SMB business.”

At present, Lenovo has some 26,000 partners overall in North America, of which about 8,000 to 9,000 are active at any given time. Adding 1,000 net new active partners was among the company’s top channel goals for the current fiscal year, which ends in March.

“We’re already overachieving against those goals,” Cato says. “We’re well on our path to being able to hit those numbers.”

Cato gives much of the credit for those recruitment gains to the partner program’s revised tiering structure, which began rolling out in July 2018. The new rules encourage partners to complete the “path to platinum,” the program’s highest level, by granting them significantly richer benefits each time they rise through the ranks. According to Cato, Lenovo remains committed to that strategy.

“We want to continue to reward them as they grow their business with us,” he says.

Partners at all levels of the program will also retain access to bonuses, rebates, spiffs, and other incentives tied to sales of Lenovo’s ThinkBook line of stylish yet affordable laptops for SMBs. Lenovo unveiled a new addition to that product family today, and will be posting ThinkBook-related partner education materials throughout the year ahead.

ChannelPro 5 Minute Roundup for the Week of April 5th, 2021
END_OF_DOCUMENT_TOKEN_TO_BE_REPLACED

Jabra PanaCast Review - Get Your Huddle On
END_OF_DOCUMENT_TOKEN_TO_BE_REPLACED