Enablement and Integration Are Next Steps for Continuum’s Security Strategy 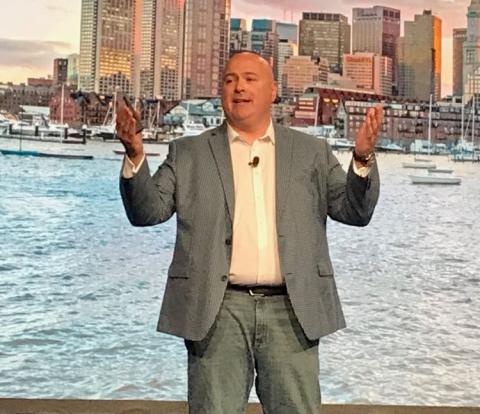 Now that it’s launched security systems, Continuum plans to teach MSPs how to sell them and link them more tightly with its RMM product and outsourced help desk, according to Chief Revenue Officer Bob Kocis (pictured). By Rich Freeman
Tweet

Building and launching managed security solutions was job one for Continuum, the Boston-based provider of software and services for MSPs. Job two is enabling partners to sell those systems.

That’s according to Bob Kocis, chief revenue officer at Continuum, which held its annual Navigate partner conference this week up the street from its headquarters at Boston’s Seaport World Trade Center. Speaking with ChannelPro at that event, Kocis reported encouraging initial numbers for the company’s security portfolio, which it introduced at last year’s Navigate event and officially rolled out in June.

“We’re already eclipsed a hundred thousand endpoints in a very short period of time,” he said. What’s more, over 600 MSPs are already using the new offerings, which span from profiling and protection capabilities to threat detection and response, and another 330 are evaluating them.

Few of those partners are fully prepared to sell the new systems at present though, Kocis continues, noting that most channel pros are newcomers to managed security. “Sometimes they’re not even sure how to price and package it,” he says.

“They have to actually educate the clients to be able to help them understand why more security is needed and why things have changed, and be able to distill a very technical, very complex concept into something that a law firm or a restaurant owner or someone like that can understand,” Downey says. “That’s a much different challenge than what they’ve had in the past.”

Kocis plans to spend much of his time in the year ahead helping partners tackle that challenge. “It’s a huge priority,” he says.

Already, Kocis notes, Continuum is hosting twice weekly webinars on building a security practice and guiding selected partners through in-person instruction. In 2019, the company will dedicate its Sales Academy training events to security as well. “We are going to pivot it to a cybersecurity sales academy,” Kocis says.

Continuum made a new step-by-step business planning guide available to Navigate attendees as well. “The idea behind it was let’s give them a framework where they can walk through, build a business plan, and they’d be able to launch the offering to market with some confidence,” Kocis says.

Longer term, Continuum plans to make safeguarding customers easier for its partners by weaving its security solutions together more tightly with its RMM system, outsourced help desk, and other offerings.

“We want to kind of take the pieces and continue to make them more valuable together,” says Fielder Hiss, Continuum’s vice president of product. “We’re not going to require everyone to buy all the pieces, but the more we can make them cross-aware and connect them, the more value our partners will get from our platform solutions.”

According to Downey, much of that effort will focus on equipping Continuum’s management offerings to act on evidence of security risks automatically. “In a security incident, seconds matter,” he says. “You need to have automated processes.”