Continuum Rolls Out Compliance Management Tool and Security for Office 365 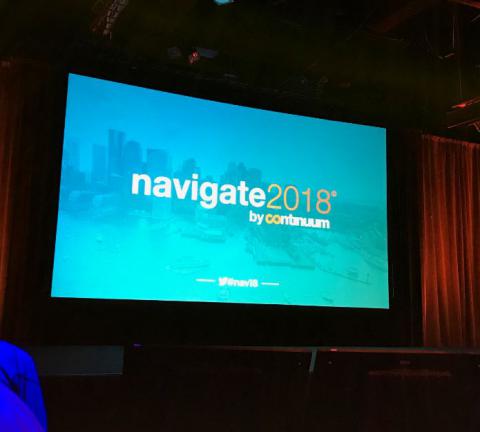 The platform and services provider for MSPs announced those and other updates to its product lineup at the 2018 edition of its Navigate partner event, which is taking place this week in Boston, where Continuum is headquartered.

The compliance management capabilities, which apply specifically to the healthcare industry’s HIPAA regulation for now, are delivered via a new addition to Continuum’s Profile & Protect solution called Compliance Dashboard. The system allows MSPs to assess customer environments, monitor ongoing adherence to regulatory requirements, and generate reports for use in audits. The monitoring piece of the system automatically generates alerts when it spots problems, enabling MSPs to take action before small issues become big.

“Often MSPs are on a scramble to react,” said Fielder Hiss, Continuum’s vice president of product, in an interview with ChannelPro yesterday.

Continuum partners can use Compliance Dashboard to collect incremental revenue by delivering a new and discrete service beyond the basic security protection they already provide.

“They’re not going to triple their services [income] but maybe they get a very solid 20 percent uplift on what they’ve traditionally been doing,” Hiss says. “Then they maybe sell some other additional security services as well” based on an assessment’s recommendations, he notes.

Compliance Dashboard can also help MSPs demonstrate value to their clients and overcome objections to needed investments in security.

“It’s a great communication vehicle,” Hiss says. “Unfortunately, cybersecurity is like insurance. Everyone hates paying for it [and] nobody wants to think about it until they need it.”

Support for regulations beyond HIPAA will begin arriving in a regular stream starting a few months from now, Hiss adds. Initially, those updates will focus on major compliance mandates like PCI-DSS. Eventually, however, the new system could offer assistance with state and local laws too, and even allow users to define compliance regimes not supported by the system on their own.

“We see the potential for partners to be able to kind of create their own recipes around compliance, which is powerful,” Hiss says.

The Office 365 security capabilities introduced today extend protection previously available for on-premises applications to a cloud-based solution that according to Continuum is used by over 50 percent of SMBs.

“Office 365 has become one of the largest attack vectors in the cloud,” Hiss says.

The new functionality impacts both the Profile & Protect and Detect & Respond portions of Continuum’s managed security portfolio, which the company first introduced at Navigate last year and officially rolled out in June. Profile & Protect can now confirm that Office 365 deployments are securely configured, while Detect & Respond can now identify and act on repeated unsuccessful logins, logins from known bad IP addresses, and other indicators of compromise.

Security is Continuum’s biggest strategic bet for the future and “the greatest opportunity that we have ever seen” for MSPs, according to CEO Michael George in a keynote address at Navigate yesterday.

LG Gram for Business 17 (2020): Big Reasons to Like It
END_OF_DOCUMENT_TOKEN_TO_BE_REPLACED