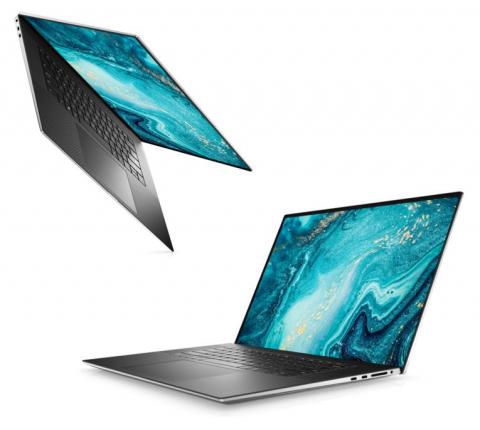 The forthcoming consumer and commercial devices, all bearing up to 11th Generation Intel Core processors, include an updated edition of the 17-inch XPS 17 notebook (pictured). By Rich Freeman
Tweet

Dell has pulled the wraps off an expansive array of laptops, workstations, monitors, and accessories for business users, creators, and gamers, all set to arrive this summer.

Among them are updated editions of last year’s XPS 15 and XPS 17 notebooks. The 15.6-inch display on the former device, Dell says, offers enhanced contrast ratios, expanded color space, and sharper resolution, as well as a new 3.5K OLED option. The 18mm device is powered by 11th Generation Intel Core processors up to i9 and up to NVIDIA GeForce RTX 3050 Ti graphics.

The XPS 17 features the same Intel CPUs plus up to NVIDIA GeForce RTX 3060 graphics in a 19.5mm high case. The compact footprint and light weight of last year’s model won Dell a spot among ChannelPro’s All-Star award winners for 2020.

Joining Dell’s Latitude family in the mainstream price band are the new 14-inch Latitude 5421 and 15-inch Latitude 5521. Both units come with up to 4K, 400 nit displays, ComfortView Plus blue light reduction technology, and an FHD webcam. Memory ranges up to 64GB of DDR4 RAM; storage tops out at 2TB in the smaller device and 4TB in the bigger one.

Compute power is provided by up to 11th Generation Intel Core vPro processors. Wi-Fi 6E is standard, and optional 4G LTE connectivity is available as well. Prices for both new laptops begin at $1,449.

A slew of additions to Dell’s Precision workstation portfolio include the new Precision 3450 small form factor unit and the Precision 3650 tower workstation. Tailored to designers, architects, and engineers, as well as augmented and virtual reality workloads and artificial intelligence solutions, both systems feature either 11th Generation Intel Core or Xeon W-1300 processors and memory speeds up to 3200MHz, as well as PCIe Gen 4 graphics and either NVIDIA or AMD Radeon GPUs.

A new commercial desktop, the OptiPlex 7090, comes with up to 128GB of the same 3200Mhz memory found in the latest Precision workstations, along with up to 11th Generation Intel Core i9 processors. Available in tower, small form factor, and micro configurations, the new device features optional dual M.2 solid-state drives. The tower model supports up to an NVIDIA GeForce RTX 3070 video card.

Accessories showcased today include a new 31.5-inch 4K monitor, the P3222QE, equipped with USB-C and RJ45 Ethernet ports. It ships on May 27th at an as yet undisclosed price point. The Dell Premier Wireless ANC headset, meanwhile, offers active noise cancelation, dual charging options, and built-in call controls. It ships on June 25th with a $299.99 starting price.

Dell introduced a 13-inch Latitude detachable and a collection of new Inspiron consumer notebooks last month. Those devices and the others announced today arrive amid robust demand for new PCs that Intel expects will remain strong through the end of the year.