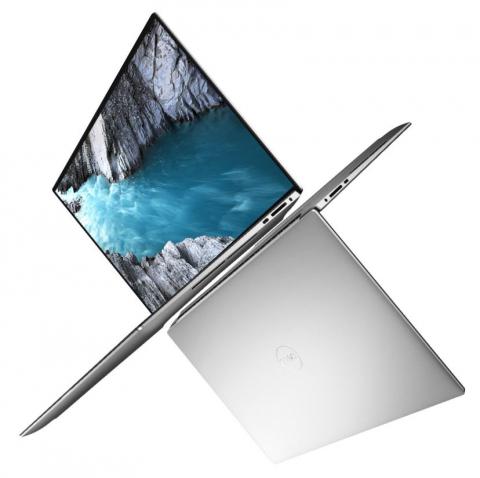 With its nearly borderless 16:10 InfinityEdge display, the XPS 17 has less total surface area than 48% of 15-inch products, according to a commissioned analysis by testing provider Principled Technologies. Dell calls the new product the “smallest 17-inch laptop on the planet.”

Models are available with 10th Gen Intel Core processors up to i7, up to NVIDIA GeForce RTX 2060 graphics, and up to 64 GB of memory. The system provides as much as 20 hours of battery life, according to Dell.

The refreshed XPS 15, which also has a 16:10 display, features 10th Gen Intel Core processors too. The system comes with NVIDIA GeForce GTX 1650 Ti graphics and, according to Dell, runs up to 25 hours on a charge.

The new systems both feature an up-firing quad speaker design and Waves Nx 3D audio. When used with headphones, Dell says, Waves Nx tracks head movement to align the direction of sound to your visual point-of-view.

Dell Mobile Connect technology, which is available free through the Microsoft Store now and will come pre-installed on XPS 15 and 17 devices soon, mirrors an Apple or Android smartphone’s screen, allowing users to make calls, send texts, and run apps from inside their PC or drag and drop files across devices.

To help users move data from their current PC to one of the new XPS devices, as well as Dell Inspiron G Series and Alienware PCs, Dell has introduced a new migration solution called Dell Migrate. Priced at $39, the app discovers data on any PC running Windows 8 or beyond and then automatically relocates it to a newly purchased Dell replacement. The system runs as a background process, allowing users to perform other tasks simultaneously, and requires no rebooting. Users can specify which files they transfer, customize their drive mapping, and schedule the transfer process for a convenient time.

Dell and its Alienware unit also unveiled a selection of gaming PCs today.

ICYMI: Our Channel News Roundup for the Week of April 5th
Advance the Cybersecurity of Your Tech Business with CompTIA Membership
END_OF_DOCUMENT_TOKEN_TO_BE_REPLACED

Jabra PanaCast Review - Get Your Huddle On
END_OF_DOCUMENT_TOKEN_TO_BE_REPLACED