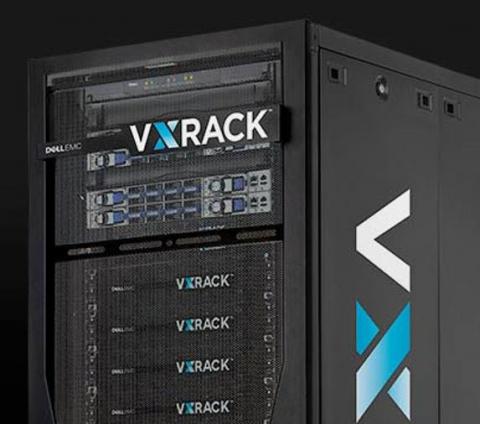 Announced in conjunction with the 2018 edition of the Microsoft Inspire partner conference, which is currently underway in Las Vegas, the new payment option arrives on the same day as Dell EMC’s first Azure Stack HCI unit with all-flash storage, newly integrated encryption key management software, and the preview release of automated patching and firmware updating capabilities.

The subscription pricing for Dell EMC’s Azure Stack product family is offered through Cloud Flex, a program from Dell Financial Services that allows customers to eliminate steep upfront bills for new hardware by paying via monthly invoices instead. Customers can return purchased hardware after 12 months with no financial penalty.

“I think it’s just going to expand the market for us,” Galjan says.

“You can prevent something that can only run on premises from running in public cloud,” notes Galjan, adding that companies using Azure Stack in hybrid cloud deployments have an especially great need for that capability.

“Instead of sitting down to a console and taking the hours required to manually update each node with the appropriate firmware, customers will simply download the package from Dell EMC, point it to the Azure stack they want it to update, and the orchestration tool will, after about five minutes of console time, go in and do all of the necessary moving of workloads between the nodes, and do it all in the background,” Galjan says.

The new system supplements Microsoft’s own automated Azure Stack software updates and existing automated deployment software from Dell EMC. According to Galjan, it also reduces human error and makes deploying Azure Stack in remote locations more practical for businesses without local IT resources at those sites.