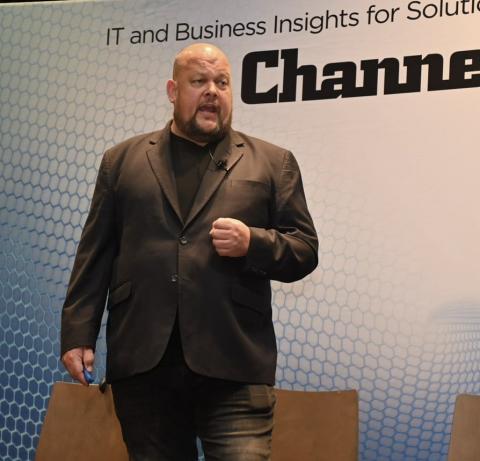 Since news broke of Kaseya’s plan to acquire fellow managed services vendor Datto for a whopping $6.2 billion, Datto partners have been filled with questions.

What will become of the relationships they’ve forged within the company, and the culture they’ve come to value? What happens next to products like Datto RMM, Autotask PSA, and Datto’s BDR solutions, all of which overlap with offerings from Kaseya? Will Kaseya sell direct to end users?

Much like Kaseya CEO Fred Voccola, however, there’s only so much Rob Rae, Datto’s senior vice president of business development, can say about such matters while the epic transaction remains pending and Datto remains a publicly traded corporation.

For Rae, business as usual these days includes fielding a lot of queries and complaints from Datto users. “Obviously, the partners are unhappy,” he says. Everyone at Datto understands why too, he adds.

The uncertainty that follows can be more than a little stressful, which is why Rae recently added a stop at ChannelPro’s just concluded SMB Forum event in Chicago to his travel schedule.

“Transparency, I think, is going to be key through all of this,” he says. “I think it’s important that we just get out in front of this and talk to our partners about what’s going on, and let them know that we’re still here and still care.”

In the absence of firm information about what happens after the deal closes, assuming it does, Rae can do little more than share a few thoughts on the topic in the hope that partners find them reassuring. For one thing, he notes, Datto is a growing company (revenue rose 19% in 2021) with future prospects bright enough to inspire a $6-plus billion investment by savvy private equity firms like Insight Partners and TPG. Why, Rae asks, would those companies wreck the things that made Datto worth buying in the first place?

“There’s a certain point where logic has to come into it,” he says. “If we’re on such a good track, why would you take us off that track?”

For all the talk about a culture clash between Kaseya and Datto, Rae continues, the two companies ultimately share a common mission. “They care about the MSP channel. We care about the MSP channel,” he says. “You have two organizations that are focused solely on helping MSPs to market and helping them make more money.” It stands to reason that combining those companies into a bigger one with more resources at its disposal is likelier to be good for partners than bad.