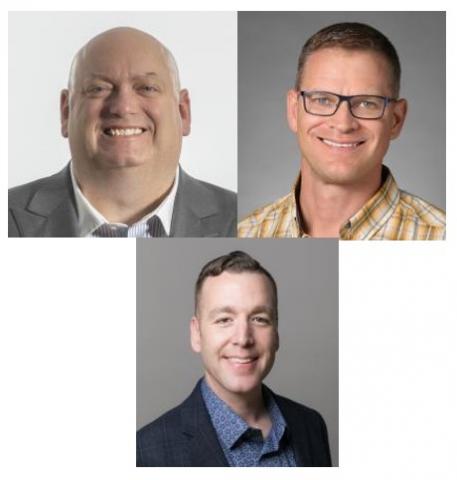 In a conversation with ChannelPro, and each other, three experienced Datto partners share their hopes and fears for the future, and explain why they’ll be sticking with the tools they use today until they see a reason to change course. By Rich Freeman
Tweet

The news of Datto’s acquisition by Kaseya is scarcely more than a week old, and partners of the two companies, like their competitors, are still digesting what the giant deal portends for themselves and their industry. In this abbreviated and lightly edited roundtable, three experienced Datto partners share their initial thinking on their hopes and fears for the future.

Vince Tinnirello is CEO of Anchor Network Solutions, a Denver-based managed IT service provider who has served on Datto’s partner advisory council.

Scott Beck is CEO of BeckTek, a cybersecurity and IT services firm in New Brunswick, Canada. A former Kaseya partner, he switched to Datto last summer.

ChannelPro: This story is still fresh, but based on what you know now, does this feel like good news, bad news, or something in between for Datto partners?

Vince Tinnirello: As a partner, I always try to recognize that this is a business being acquired by another business, and our interests don’t always align. That’s just the way it is. So as a partner, I just have to accept it and hope for the best.

In terms of will this be good or bad for partners, I really just think that the jury is out … I think it’ll be really important to see if [Kaseya lets] the experts at Datto continue to be experts or if they try to steer them to the big corporate way of doing things. Fred [Voccola, Kaseya’s CEO] suggested in his interview with you that they’re going to let them continue to do what they do, but we’ll see.

Brian J. Weiss: I had a ton of people reach out to me [last week] and I didn’t have the reaction I think people were expecting me to have, and I think it’s because I looked at the big picture. I always say this when something like this happens: it’s out of your control. It is what it is. And if you look kind of bigger picture, it’s almost inevitable that this is going to happen to the space and that eventually a consolidation is going to happen. My big concern is as more and more consolidations happen naturally, you get more of an enterprise feel from your vendor and that’s really where a lot of these companies like Datto stood out. You didn’t get that big enterprise-y feel working with them.

So then the question becomes, if I’m going to get an enterprise feel working with a channel-only vendor, why don’t I just work with enterprise vendors, especially when a lot of these channel-only vendors have some serious gaps or issues with tech debt. There’s enterprise security features missing. There’s vulnerabilities that require full code rewrites. If you think about when these platforms were developed years ago, they’ve got tons of code in them that they probably wish wasn’t even in there.

So here’s the question: If you get two companies that have a bunch of tech debt together, are you also going to consolidate resources that should be working towards eliminating that tech debt? Because that means it’s going to get eliminated at a much slower rate. So what I’m hoping ultimately to see is that this injection of cash from Kaseya allows Datto to do what they do best, and if anything focus on getting rid of more tech debt.

Scott Beck: For me, I was a Datto backup partner for a long time. Last year, Kaseya had an unfortunate incident that forced many of my clients to say, ‘get that stuff off our computers or else.’ So I went, ‘well, who should I look to?’ I’ve moved to Datto because it was channel-only and I already had a relationship that made it easy. So when the announcement came out, I’m going to be honest, I got a little bit twisted up going, ‘oh, man, I’m back in that camp, without any consultation.’” It was kind of a shock.

But then I stopped and started thinking about it. Let’s take a look at the rest of the channel. ConnectWise bought Continuum, and as we take a look at how they’ve been developing, Continuum’s RMM is now the ConnectWise RMM. We take a look at [N-able], they’ve had a couple of different RMM tools as well, and they’ve kept them separate. So it’s really too early to say how this is going to play out with what Fred’s going to do.

I’ve met Fred many times. I’ve heard him speak several times. When he came in, he took over a ship that was in trouble and had a lot of serious public relations issues within the channel, and I always admired the fact that he went out to events and stood there on stage and took it on the chin. I went, ‘well, that kind of sets them apart a little differently.’ Now, does it make me warm and fuzzy that this is happening? No. Does it give me hope that maybe Datto as a flavor is going to stay? I’m hopeful. That would be an amazing thing. But we’re going to have to wait and see.

And look, it’s not closing until the second half of this year. So by the time it closes and they start integrating and working out whatever magic that they have behind the scenes … it’s going to be another 12 to 18 months before we really get a clear picture of what direction they’re going to be going in.

So what’s the writing on the wall? It’s inevitable [that Datto] went public and inevitable that there’s consolidation. Isn’t it also inevitable that at some point in time, they’re going to get to the point that Microsoft’s gotten, where they just realize MSPs are never going to sell their products fast enough? [Microsoft doesn’t] care about us as much. They see us as almost a hindrance in some cases.