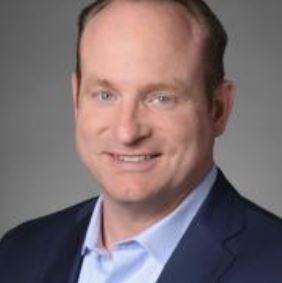 “We had a record year,” says John Phillips, vice president of sales for SYNNEX, noting that revenue spiked 31 percent in 2018. That follows 25 percent growth in 2017 and 17 percent growth the year before that. Phillips spoke with ChannelPro at the spring 2019 meeting of the distributor’s Varnex partner community, which is taking place in Greenville, S.C. this week.

Rapidly expanding adoption of cloud products is responsible for a large portion of that success, according to Phillips. “Every single month is a record month for cloud for us,” he says. “There’s nothing else at SYNNEX you can make that claim about.”

Though Microsoft’s Office 365 suite accounts for the lion’s share of that cloud momentum, it’s not the only contributor. “The Azure business has really started to pick up as well recently,” Phillips reports, referring to Microsoft’s public cloud platform. Microsoft itself saw Azure revenue jump 76 percent in its most recently concluded fiscal quarter.

Hardware sales continue to produce the majority of SMB revenue for SYNNEX, Phillips adds, but exploding sales of cloud solutions has software gaining fast. “Microsoft is probably my second largest line in my group right now, if not first,” he says. “They’re really taking over.”

Microsoft isn’t the only cloud vendor on the SYNNEX line card producing outsized results at present, however. “The Google G Suite business is also starting to noticeably pick up,” says Phillips, adding that sales of G Suite licenses are climbing in the “high double digits.”

Increasingly numerous and dangerous security threats have sales of firewalls rising at even higher triple-digit rates currently, he continues, citing two manufacturers in particular. “They’re eating up Fortinet and WatchGuard,” says Phillips of his U.S. partners.

To sustain developments like that and support a partner base Phillips plans to augment by “a few hundred new resellers a month” this year, SYNNEX will hire about 20 sales reps in 2019 on top of the 10 to 15 it added in 2018. Every U.S. channel pro that SYNNEX partners with receives a dedicated account manager, Phillips notes.

One issue Phillips will be watching closely in the weeks ahead is the impact Intel’s present inability to satisfy demand for its processors has on PC sales. Though the chipmaker’s supply chain challenges have had little effect on buying patterns among SYNNEX customers so far, Intel expects its CPU shortage to continue into the second half of the year. According to Phillips, that timing could influence purchasing decisions in the education vertical, where the annual IT buying season begins soon.

“We’re about to see here when the K-12 business kicks in how big of an issue it may or may not be,” he says. “From everything that I hear, it’s going to be an issue.”

“A lot of them will take what they can get,” Phillips states.

ICYMI: Our Channel News Roundup for the Week of June 29th
ChannelPro Network and IoT Playbook Sign Up Form

IT Glue Rolls Out Security and Network Visibility Updates
END_OF_DOCUMENT_TOKEN_TO_BE_REPLACED