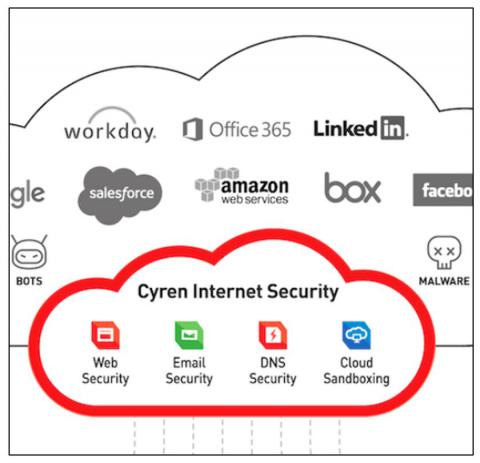 The deal will give CARVIR’s MSP customers access to multi-tenant, consumption-priced web gateway, DNS, email, sandboxing, and mobile security technologies from a vendor that provides threat intelligence services to Google and Microsoft, among others. By Rich Freeman
Tweet

CARVIR has announced plans to add cloud-based internet security solutions from Cyren Ltd. to its lineup of monitored and managed security services for MSPs.

Though not a household name among channel pros, Cyren protects more than 1.3 billion users and 25 billion security transactions a day, and also provides behind-the-scenes threat intelligence services to Google, Microsoft, Check Point, and other top vendors. An Israeli company with U.S. headquarters in McLean, Va., it has been in business since 1991.

“They’ve been doing this for a long time,” observes CARVIR CEO Jay Ryerse. “They’re just a name that you haven’t head of.”

According to Ryerse, Cyren’s solutions will help MSPs add an extra layer of protection by blocking threats before they reach the company’s signature-less endpoint detection and remediation (EDR) service.

“If I can stop them before they get to the machine, we’re that much better off,” he says.

Adapting enterprise security solutions to MSP requirements by adding features like centralized management, subscription-based pricing, and support by a 24/7 SOC is the core of CARVIR’s business model. The company’s EDR solution, which was its first offering, is a modified edition of technology from Mountain View, Calif.-based SentinelOne. The forthcoming managed security information and event management service it unveiled last month is based on a solution from EventTracker, of Columbia, Md.

CARVIR chose to partner with Cyren on web security based on its software’s native multi-tenancy and intuitive administration features.

“Their management console is really easy to understand,” says Ryerse, who expects most technicians to be comfortable with it after a few hours of use.

“It’s not something that they’ve talked about much, but we believe there’s a huge demand for it,” Ryerse says. “Our partners have been asking for that for quite a while.”

CARVIR’s web security and managed SIEM solutions are both slated to enter full-scale production on February 1st, bringing the company’s product lineup to three solutions in all. Channel pros who use more than one of them will qualify for discounts. According to Ryerse, CARVIR is currently collecting feedback from some of its largest customers to determine how steep those discounts will be. Users of individual CARVIR solutions will be eligible for price breaks on volume purchases too.

Founded in 2016, CARVIR currently has over 500 partners. According to Ryerse, it adds another 35 on average each month.

The company rolled out a new management console and partner dashboard for its partners in November.

ChannelPro 5 Minute Roundup for the Week of January 11th, 2021
Why IT Is Still Great for Career Changers, Even Amid COVID-19
END_OF_DOCUMENT_TOKEN_TO_BE_REPLACED

Jabra PanaCast Review - Get Your Huddle On
END_OF_DOCUMENT_TOKEN_TO_BE_REPLACED