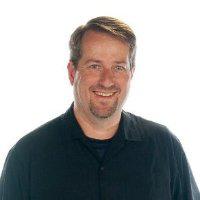 The new offerings give the vendor’s MSP partners visibility into endpoint status and self-serve access to sales, marketing, and training resources for the first time, according to CEO Jay Ryerse (pictured). By Rich Freeman
Tweet

Next-generation security vendor CARVIR has rolled out a management console and partner dashboard for its MSP channel.

The new tools, which rolled out last Friday and supplement an existing technical support portal, are the first of their kind from the Cummings, Ga.-based company, which had been handling endpoint monitoring and reporting itself on its partners’ behalf in the past.

“We’re crossing that line now where we’re able to give them visibility into their machines and what’s going on with them, which we expect will provide for some explosive growth for us,” says CARVIR CEO Jay Ryerse.

CARVIR’s flagship endpoint security solution relies on signature-less, behavior-based threat detection and remediation software from SentinelOne. The Mountain View, Calif.-based company has been promising to create a management console for its solution for some time, but the challenges of keeping pace with rapid growth have delayed that effort repeatedly. CARVIR eventually decided to develop an administration interface for the SentinelOne platform itself.

“We went ahead and took the bull by the horns and took ownership of that project,” Ryerse says.

Ryerse, a former MSP, launched CARVIR just over a year ago. The company currently has 18 employees supporting over 450 partners, who in turn support some 3,000 client sites.

“We consider that to be a pretty good sign for a bunch of guys who didn’t know what we were doing,” Ryerse jokes.

CARVIR, which already operates a security operations center for its partners, plans to introduce an outsourced security information and event management service as well next month. According to Ryerse, partners have long been clamoring for such an offering.

“They’re asking for it on a daily basis,” he says. “They need more visibility, but they don’t have the infrastructure or the staff to be able to roll out that level of a tool.” Indeed, operating a full-time SOC takes at least 10 employees based on CARVIR’s experience, Ryerse adds.

With security threats proliferating and spending on security services and software booming, distributors like Tech Data and managed service software makers like Continuum are rolling out as-a-service SOCs currently as well.

Jabra PanaCast Review - Get Your Huddle On
END_OF_DOCUMENT_TOKEN_TO_BE_REPLACED