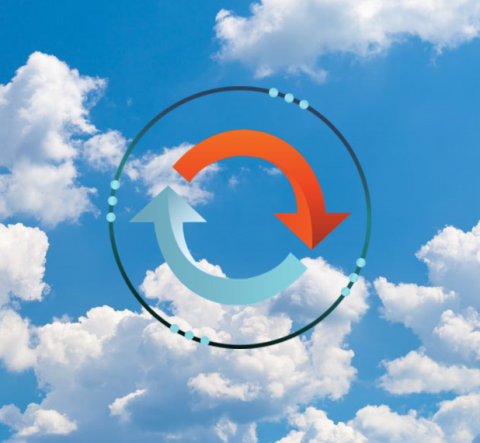 By storing files exclusively in the cloud instead of locally as well, Axcient says, the new solution protects against ransomware while providing anytime, anywhere access to data from mobile devices and affordable PCs with limited storage capacity. By Rich Freeman
Tweet

Axcient has shipped an online-only file sync and share solution.

Axcient x360Sync Thin Client for Windows, which is available immediately, stores files exclusively in the cloud, where cyberattackers can’t get to them, according to Ben Nowacky, Axcient’s senior vice president of product.

“Your files don’t live locally on your computer, so there’s no way for them to be encrypted, locked, ransomwared, or otherwise corrupted,” he says.

Relying solely on cloud storage also makes using file sync and share software a practical option for companies that don’t wish to invest in high-priced PCs with big onboard drives.

“It serves the SMB segment very well, because they can deploy lower cost, commodity-based hardware to their employees and not have to have that additional storage requirement locally on their computer,” Nowacky notes.

Users can store files in their own private cloud or in Axcient’s public cloud. Data in the system is available only from devices with an internet connection, but users who need access to specific files offline can “pin” them to a local cache on their workstation.

Pricing on the new system is identical to what Axcient charges for the original “thick client” version of x360Sync. Buyers of both products pay a flat per user, per month fee with unlimited storage and retention.

Axcient expects healthcare providers, financial services firms, and other security-conscious organizations in regulated industries to find thin client file storage an appealing option, along with budget-conscious businesses looking to equip work-from-home employees with affordably priced hardware. In addition, the company predicts, mobile workers will appreciate the ability to view and edit files from their smartphone or tablet via the solution’s mobile app.

Use cases like that, while not new, became more prevalent and urgent last year when the coronavirus pandemic emptied offices, increased adoption of cloud-based solutions, and exposed remote workers using home PCs and consumer-grade networks to surging threat activity. Axcient, which was originally planning to release a beta version of x360Sync Thin Client late this year, accelerated the product’s development schedule in response.

“We kind of bumped it way up to the top of the list to make sure that we were supporting our partners,” Nowacky says.

More broadly, the new product reflects ongoing efforts by Axcient to both respond to and anticipate the needs of MSPs who must now manage and protect a constellation of networks for each of their customers rather than a single office-based network. Nowacky points to the direct-to-cloud backup solution Axcient unveiled last October as an additional example.

So too is the increased emphasis the company is placing on security. Axcient software has been protected by “air gap” technology designed to safeguard backups from tampering by ransomware and other security threats since last year. It also comes with a honeypot feature that alerts technicians to intruders, as well as identity verification functionality designed to protect against social engineering exploits.

“We’ve got a number of gating factors in place to make sure that we can validate and verify that the person asking for a data deletion or a data move or something like that is actually a person who’s in charge of that data,” Nowacky says.