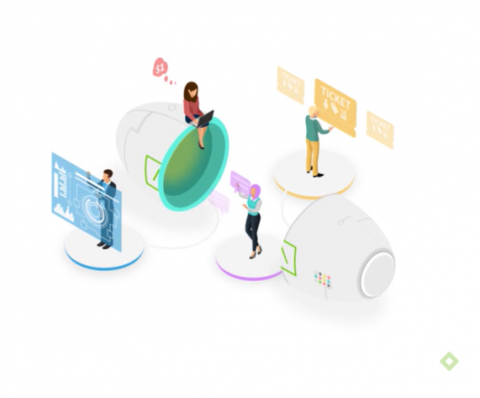 The new functionality automatically classifies, prioritizes, and routes tickets, and can also resolve mundane tasks like password resets and onboarding new users on its own. By Rich Freeman
Tweet

Atera has added automated ticketing capabilities to its combination RMM and PSA platform.

Drawing on a revamped core infrastructure also debuting this week called Atera Plus, the new functionality uses artificial intelligence and natural language processing to “read” tickets from end users and technicians, classify them, prioritize them, and route them for response. A “ticket deflection” feature can also resolve what Atera CEO Gil Pekelman calls “mundane work” like password resets and onboarding new users without technician intervention.

“We’ve been working on this for a very long time,” Pekelman says. “It really understands what’s written in the text.”

According to Atera, the new feature cuts technician workloads by up to 30% and creates capacity for more important issues. “It frees up time,” Pekelman says. “It takes away the things you don’t like to do because they’re not that interesting, and you start dealing more with things that are interesting, are complex, and have to do with how the business grows.”

Other makers of RMM and PSA software are working to boost technician productivity through automation as well. NinjaOne, for example, introduced a solution in September that opens tickets automatically when its RMM system spots a problem and closes tickets automatically if a script or other process successfully resolves the problem. Pulseway, similarly, has offered RMM workflows that run pre-defined alert responses automatically since last April. Newcomer SuperOps.ai has ambitious plans to build AI into its RMM tool as well.

Automated ticketing is available now to Atera users at no additional cost. Developing more features like it is a big part of what Atera plans to do with the $77 million it received in July from private equity firm General Atlantic, as well as the earlier $25 million it received from K1 Investment Management in February. The company is now valued at approximately $500 million.

“We’re increasing the size of the R&D team,” Pekelman says, adding that the company has a “very elaborate roadmap” for the future. Additional applications of artificial intelligence and new predictive analytics capabilities both figure prominently in those plans.

“We ingest 40,000 data points per second into our cloud,” notes Pekelman, who says Atera will soon combine that information with AI technology to anticipate technical issues before they arise, and resolve them automatically.

Geographic expansion is another priority, he adds. Atera currently has roughly 7,000 customers in 90 countries and is doubling that figure annually.

“We saw the numbers shoot up when the pandemic started, because suddenly they had to manage many more sites, almost 10 times the number of sites, as they did before,” Pekelman says.

To help MSPs keep customers productive when lockdown orders went into effect last spring, Atera rolled out a work from home tool that utilizes the company’s remote access software to provide a safe connection from often poorly secured home PCs to office-based hardware. “We dropped everything and we developed this within two weeks,” recalls Pekelman, adding that the system is easier to use and deploy than a VPN.